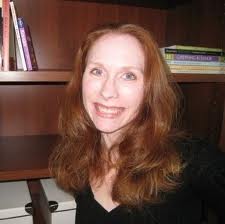 When people ask me to tell them something about myself, I kind of stare at them with a dropped jaw and vacant eyes. I've known me since 1975 and there really isn't much to tell that's interesting.

My mom went into labor during my sister's birthday party. Yeah, I kinda wrecked it for her. Poor girl, all she wanted for her 8th birthday was a baby sister and, boy, did she get exactly what she asked for. My mom had to leave the party to go to the hospital. I guess I was a party pooper from the moment I was born.


Want to know where I got my love of writing? From my great-grandma, Ma. She immigrated from Ireland, alone, when she was a young teen. That woman is probably the strongest woman to ever grace this planet. She lived into her 90s and even wrote a book about her life. She self-published it. Yeah, it's soooo in my blood. She left behind a love for writing and, well, quite a few Gaelic curse words.

I grew up on a farm surrounded by corn and soybeans. You're jealous, I know. Try to hold it in. My closest neighbor was a 1/4 mile away and there wasn't much beyond that. I kind of had to live in my own imagination since, well, there weren't any other kids to play with (other than my older brother & sister who spent their childhoods torturing me by tying me to trees and leaving me alone or pretending they were going to flush me down the toilet). I was totally into marching band. I was hot stuff.

I grew up. Went to college. Got married. Got divorced. Got a life. Got married. Had one kid. Adopted a second. And here I am. I love swing dancing, shoes, and my family. 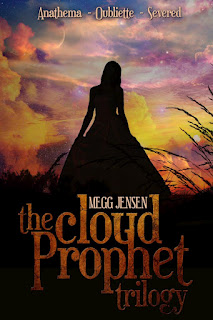 Sheltered from the outside world with no hope for escape, slave girl Reychel dreads her fifteenth birthday - when her master’s symbol is burned on the back of her bald scalp. Her best friend disappears the night before, leaving her to face the branding ceremony alone. She soon discovers nothing is as it seems when people desperate for freedom beg for Reychel's help.

Can Reychel learn to believe in herself?

Book 2:
Reychel thought she was finally free. She was wrong. Everyone saw her gift of prophecy as a blessing, but her gift is uncontrollable. No one alive can teach her to manipulate her unique gift and the answers she needs lie buried within a madman’s journals. She’s thrust in the midst of a brewing war and the only uniting factor for her people is their belief in the Prophet.

Will Reychel learn to control her gift or will she be forced to deliver a false prophecy that could lead her people into a violent war?

Book 3:
Reychel knows her gift of prophecy will lead to madness and now she is at her most vulnerable. The enemy army will attempt to sever her from everything she's ever known: her homeland, her friends, Mark, and her gift. Even at her weakest, she refuses to give up on her desire to end the war between the Malborn and the Serenians. Reychel would do anything, even come back from the dead, to conquer the enemy and reunite with Mark.

Megg would like to give 5 people ecopies of The Cloud Prophet Trilogy!
This is International!
This ends October 7th.

a Rafflecopter giveaway
Posted by Cynthia Garcia at 7:45 PM