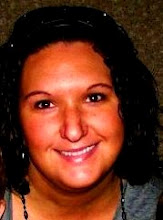 Shelly is a YA author from a small town in Georgia and loves everything about the south. She is wife to a fantastical husband and stay at home mom to two boisterous and mischievous boys who keep her on her toes. They currently reside in everywhere USA as they happily travel all over with her husband's job. She loves to spend time with her family, binge on candy corn, go out to eat at new restaurants, buy paperbacks at little bookstores, site see in the new areas they travel to, listen to music everywhere and also LOVES to read.
Her own books happen by accident and she revels in the writing and imagination process. She doesn't go anywhere without her notepad for fear of an idea creeping up and not being able to write it down immediately, even in the middle of the night, where her best ideas are born. 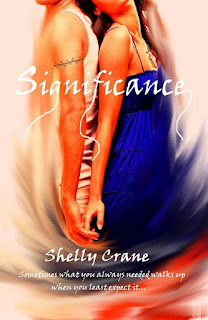 Then she meets Caleb. She saves his life and instantly knows there's something about him that's intriguing but she is supposed to be on her way to a date with his cousin. But things change when they touch, sparks ignite. Literally.

They imprint with each other and she sees their future life together flash before her eyes. She learns that not only is she his soul mate, and can feel his heartbeat in her chest, but there is a whole other world of people with gifts and abilities that she never knew existed. She herself is experiencing supernatural changes unlike anything she's ever felt before and she needs the touch of his skin to survive.

Now, not only has her dad come out of his to be a father again, and a pain as well, but Caleb's enemies know he's imprinted and are after Maggie to stop them both from gaining their abilities and take her from him.

Can Caleb save her or will they be forced to live without each other after just finding one another?

Shelly would like to give 1 person an ecopy of Significance!
This is International!
All giveaways this month end on October 7th.

a Rafflecopter giveaway
Posted by Cynthia Garcia at 5:24 AM