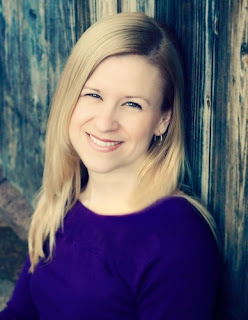 I wrote my first book when I was five, titled The Day the Whole Class got the Chickenpox and I even illustrated it myself with

and stick-figure students. I made several copies and went door-to-door selling them to neighbors at $5 a pop.  That's a high price, even by today's standards.  Needless to say, when my mom found me rockin' twenty-five bucks, as proud as she may have been, she marched me back to the neighbors to return the money.  I clearly remember my sense of happy accomplishment when one woman adamantly refused to take back the money. She said, "I want to be able to say I bought her very first book when she's a published author some day."  Isn't it funny the things that stick with us through the years? I also recall a certain mean boy in my classes who said every story I wrote was a cliché piece of crap. But let’s not dwell on him, because, truthfully, I kind of agreed with him. My stories were "Lifetime for Women-esque." I never thought of myself as intelligent enough or deep enough to write a book. It was the ultimate unattainable dream.

I dabbled in stories and book ideas all throughout my school years, but stopped after college. I received a Bachelor's in Creative Writing from George Mason University, (even if it did take me seven years due to hairbrained ideas like "being a waitress for life" and "dropping out to become a flight attendant," which wasn't nearly as glamorous as you might think). Once I got my act together and met my hubby, I received my Masters in Education from Radford University and taught 9th and 12th grade English before settling down in Northern Virginia and becoming a "stay at home mom." I have a princess and a daredevil-the best of both worlds.

After three years of not teaching, I was missing those big lugs and drama queens. I felt disconnected from teens, an area where I'd been passionately drawn. But I also knew that staying home was what was best for my particular family. That's when the inspiration for my story hit me.  "Hit" is probably too light a word. The idea for Sweet Evil bombarded me like a massive brain invasion. After not writing for eight years, I ended up writing the entire first draft, over 80,000 words, by hand, during the course of seven weeks. That time is still an elated blur in my memory.  I don't know how anyone in my household had clean clothes or full bellies during September and October of 2009.

Then came the fun part...sending out queries to agents WAY before my manuscript was ready. Ugh. Cringe. Please learn from my mistake. Get a couple of trusted critique partners and take time to get your story solidly polished before querying. Nobody is going to want to represent you based on "promise."  It's either good and ready or it's not.  There's simply too much competition out there to rush it. Somewhere around the 30th rejection (50th? Who knows! I stopped counting and deleted/threw away every one of them) I got two helpful personal notes from agents telling me the same thing: too much telling and not enough showing in the first chapter. I was having a hard time introducing Anna and her abilities. I needed help.  While browsing the internet for critique partners, I stumbled upon inkpop.com, the HarperCollins site devoted to teens and those who write for teens (YA).

I posted my story, and inkpoppers ranging anywhere from thirteen to forty-something read and commented, helping me to whip that bad chapter into shape. I think I took almost every suggestion that was given. Their feedback was beautifully brutal, exactly what I needed. By the time I finally thought it was ready, a woman named Carolee read my entire story and fell in love with it. She was represented by Neil Salkind, a literary agent who normally took only non-fiction, but she asked if she could introduce us. So I sent him an official query and he called me with an offer of representation that same week.

In the meantime, my story was doing surprisingly well on inkpop.  While I was revising like crazy, it had moved up the ranks into the twenties.  Each month the top five ranked projects are sent to the HarperCollins editors for review. I was so close at that point that I decided to gun for it. I spent the next month working hard, critiquing upwards of forty stories a week, earning myself return-reads (it's a "scratch each others' backs" kind of community). In May 2010 my story made the top five and I received an excellent review...but no offer for publication. Boo.

Five weeks after my review, I received an email from a woman named Alyson Day. The moment I opened it is etched into my memory, crystal clear. I read the message three times very slowly. My whole body was trembling and I could hardly breathe. She said, "I'm the editor at HarperCollins who had the pleasure of reading your story for Inkpop. I've thoroughly enjoyed the manuscript and would like to read the last four chapters - would you be able to email them to me?"  That was “the” moment for me. That was it. Because no matter what happened after that, I felt like a "real" writer. I'd been validated by a professional. My dream was truly within reach. There were a LOT of happy tears. I was buzzing all day long, and I had to order pizza because my hands were shaking too hard to cook.
Six months later I had a contract from HarperCollins and I was tossed afloat onto the sea of publishing (which was a scary place to be as an unannounced inkpop author). But that’s a story of its own for a different time… 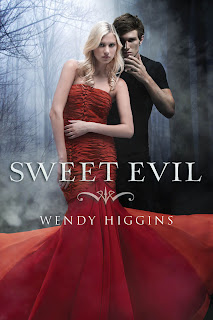 Embrace the Forbidden
What if there were teens whose lives literally depended on being bad influences?
This is the reality for sons and daughters of fallen angels.
Tenderhearted Southern girl Anna Whitt was born with the sixth sense to see and feel emotions of other people. She's aware of a struggle within herself, an inexplicable pull toward danger, but it isn't until she turns sixteen and meets the alluring Kaidan Rowe that she discovers her terrifying heritage and her willpower is put to the test. He's the boy your daddy warned you about. If only someone had warned Anna.
Forced to face her destiny, will Anna embrace her halo or her horns?
Wendy would like to give 2 people bookmarks and signed bookplates!
This is International!
All giveaways this month end on October 7th.
a Rafflecopter giveaway
Posted by Cynthia Garcia at 2:12 AM