I am very happy to introduce you guys to Alma Katsu, author of The Taker Trilogy. 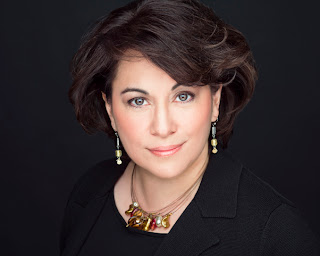 The Path to Writing A Supernatural Trilogy

First, let me congratulation Book Reader Addicts on its two-year anniversary! It’s hard to build a blog from thin air, put in the time writing reviews and gathering an audience day in and day out, and so I’d like to commend you on doing such a great job.

Next, I’d like to tell your readers a little bit about myself. My debut novel, The Taker, came out in September 2011. Like all of the people reading this post, I grew up a reader. And, when you love to read, chances are that at some point, you try your hand at writing. I did, as a teenager, and was hooked. My major in college was writing, I wrote for newspapers and wrote short stories on the side. I was convinced that I’d make my living as a writer.

Then a funny thing happened. I got sidetracked by a career, one that I never expected: I was hired to work in intelligence. I ended up having a 29-year career with CIA and the National Security Agency. It was a fabulous career but it’s hard to write “on the outside,” so I stopped writing fiction for about 15 years. Then, in 2000, decided I return to writing, to see if I could learn how to write a novel. I spent 10 years writing my first novel, The Taker.

I’m often asked why I didn’t write a spy novel, why I chose to write a dark fantasy series. The answer, of course, is that this is the story that’s inside me. My writing is a jumble of the types of stories I grew up loving: Gothic tales, Edgar Allan Poe, Nathaniel Hawthorne. I wanted to write a novel that had was heartbreaking, that would sweep you up and carry you away, and had characters you couldn’t stop thinking about. I wanted to write an epic supernatural love story—and that’s what you have in The Taker Trilogy.

What the series is really about, though, is the nature of love. What does it really mean to love someone? Love demands a lot from us. Sacrifice. Devotion. Romance is sweet but love is difficult. Like all of us, the characters in The Taker books are flawed, and they are challenged to their limits to overcome their flaws. To become better people in the name of love.


Alma thanking you so much for stopping by!!! 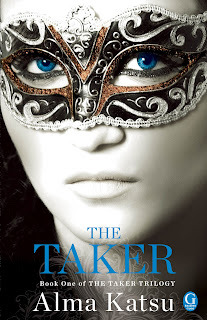 True love can last an eternity . . . but immortality comes at a price.
On the midnight shift at a hospital in rural St. Andrew, Maine, Dr. Luke Findley is expecting a quiet evening. Until a mysterious woman arrives in his ER, escorted by police—Lanore McIlvrae is a murder suspect—and Luke is inexplicably drawn to her. As Lanny tells him her story, an impassioned account of love and betrayal that transcends time and mortality, she changes his life forever. . . . At the turn of the nineteenth century, when St. Andrew was a Puritan settlement, Lanny was consumed as a child by her love for the son of the town’s founder, and she will do anything to be with him forever. But the price she pays is steep—an immortal that chains her to a terrible fate for eternity.

Alma would like to giveaway a copy of The Taker!
This is US only. If you are International and have an address you can use please enter.
All giveaways this month end on October 7th.
a Rafflecopter giveaway
Posted by Cynthia Garcia at 1:19 AM