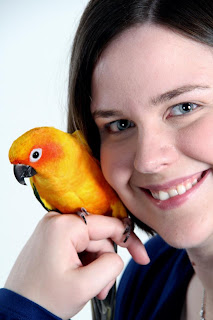 About Emlyn Chand
From an early age, Emlyn Chand has counted books among her best friends. She loves to hear and tell stories and emerged from the womb with a fountain pen grasped firmly in her left hand (true story). Her affinity for the written word extends to absolutely every area of her life:  she has published three novels and three children’s books with plans for many more of each, leads a classics book group with almost five-hundred members, and, of course, runs the whole shebang at Novel Publicity.
The book that changed Emlyn’s life is Harold and the Purple Crayon by Crocket Johnson. It opened her eyes to the world that could exist if only she was willing to create it—a lesson she has never forgotten. While she enjoys all types of novels, her greatest loves are literary fiction and YA. She’s best known for her Farsighted series and is developing a slow but steady following for the Bird Brain Books. She’s eager to see how her women’s fiction novel, Torn Together, will be received by the reading masses. , but he can still “see” things others can’t.  When his unwanted visions of the future begin to suggest that the girl he likes could be in danger, he has no choice but to take on destiny and demand it reconsider. 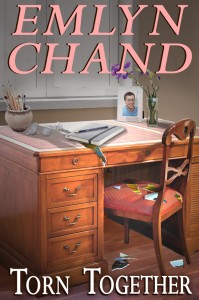 From her cheating boyfriend to her dead father and cold, judgmental mother, Daly knows she can’t trust others to be there when it counts. This cynicism begins to melt away when she meets Kashi, a light-hearted charmer from India, who decides he cares too much to let her fade into the background of her own life. After a series of false starts, their quirky romance carries them to India, where Daly must win the approval of Kashi’s family in order to seal their “forever.”

Meanwhile, Laine struggles to cope with the pain of early widowhood, fleeing into the pages of her well-worn library and emerging only to perform her duties as a social worker at the crisis . Although her daughter wants nothing more than to work as an artist, Laine doesn’t know how to redirect Daly to a more suitable profession without further damaging their tenuous relationship.
Can Laine look past her pain to learn from an unlikely mentor? Has Daly finally found someone whom she can trust? Will the women recognize their common before the relationship is broken beyond ?

Emlyn would like to give 1 person a copy of Torn Together!
This is International!
All giveaways this month end on October 7th.

a Rafflecopter giveaway
Posted by Cynthia Garcia at 1:05 AM