Next up I would like you to meet Alivia Anders, author of The Illumine series. 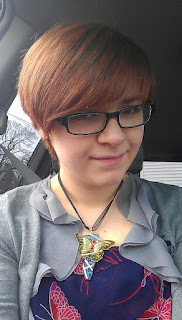 I started writing ever since I could pick up a pencil and put words together, just like any other kid learning as they go along. I didn't actually want to be a writer right out of the gate- for years I wanted to be a specialized surgeon, historian, or coroner. For the most, none of those were 'acceptable' choices. Meaning I lost interest after a year or two for the most part.
When the internet became the big monster it is today, I became a big part of it. I'd spend hours on Quizilla, vanilla Facebook, Google, you name it. Anything for my new hobby of drawing anime/manga at the time. After taking one of the millions of Quizilla tests and getting my result that I was destined to be insane for life, a link was posted and the creator said to check it out. Did I know if it was safe? Nope. But the quiz guy said to click it. So I did.
What I got was something like a regular forum board, only with much better graphics, and people writing stories and using photos of known celebrities as their 'character image'. I quickly learned these were RPG Forum boards, places were teens and adults alike wrote stories of characters in worlds like Hogwarts or X-Men Academies, apocalyptic realms and ancient Greek places. It was every beginning writer's dream come true. I had found people who had pieces of stories that wanted to write with me!
Most people have horror stories of meeting creeps and freaks online. Thankfully my experience was only fantastic. Almost everyone I met was around my age or slightly older, so about 13-16. We quickly formed friendships over the internet, and to this day I'm still friends with the original core of people I first met online.
Artwork like the one above was just one of the many trades I picked up through RPG boards. I learned to create graphics, over time my writing improved massively, and more. World building, plots and twists, cause and effect, I learned all of it just from those boards those several beautiful years. I don't play on boards any more, but occasionally I miss it.


As of the moment, I am without agent or publishing house. I kind of like doing all of it on my own, it's liberating being able to choose what goes where and how things get done. 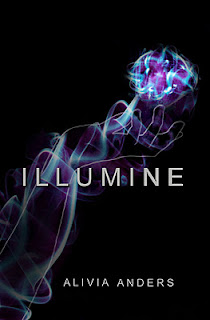 For the past five months Essallie Hanley has been trying to forget about the frightening murder of her boyfriend. Haunted by vivid nightmares and hallucinations of the event she does anything she can to pretend she's like every other normal girl in High School.

Only Essallie is far from normal. Able to conjure blue fire and a shimmering silhouette of wings from her body, she seeks the only known solace left to her name; her first home in Belfast, Maine.

But she soon realizes that her return home is only the beginning of a long and twisted road taking her as far from her humanity as possible, with Kayden, the demon originally summoned to slaughter her, leading the way. Unable to touch her but oddly curious, he joins Essallie in her search to find out just what she is. But neither of them were prepared for the secrets they've begun to unravel, secrets that will change Essallie and everyone around her forever. 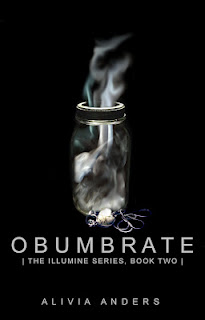 Essallie Hanley just wishes her life could go back to normal. But what's normal when you carry the burden of knowing you're a half-angel created for war, that the only person who can help you is a demon still waiting to kill you, and that your only chance for salvation rested in a boy who died in front of you?

If Essallie had turned her back on everything she'd learned, she could have made the most of her fractured life. That is, until Kayden told her that she's a ticking time-bomb; that at any given moment her blood could betray her, her veins burning her alive from the inside out until nothing but ash remains.

Desperate to find answers, and possibly find her only chance for survival, Essallie heads back for New York City, back to the place where it all began. With every answer comes a price, and with every price the risks and rewards become greater. But when Essallie soon finds herself the target of an unknown hunter determined to have her, all appears to be at wits' end. Until Ari, a man claiming to be Nephilim, steps in. Charming, gentle, and boldly brave, he seems to be exactly what Essallie needs.

Could Ari be the missing piece of her puzzle, or is he the promise of her demise?

Alivia would like to give 5 people Illumine swag!
This is US only. If you are International and have an address you can you please enter.
All giveaways this month end on October 7th.
a Rafflecopter giveaway
Posted by Cynthia Garcia at 4:10 PM