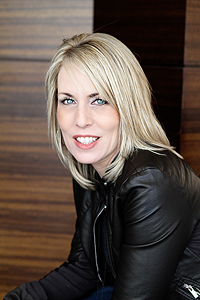 I was born and raised in the Seattle area, with the exception of a few short stints in Phoenix, Boise, and San Jose. I had a colorful childhood, raised by a single mother who worked her butt off to make ends meet. She showed how to enjoy life on a shoestring budget. She was the kind of person who, given the choice between paying a bill and taking us to the circus, would always opt for the circus...and somehow, she always managed to pay the bill. She was the one who taught me how to laugh.

My began at an early age, when I started making homemade with sheets of blank paper and a stapler, and then went door-to-door to sell them. Unfortunately, my neighbors had limited disposable income for such frivolous purchases, so I was forced to seek my fortunes elsewhere.

I first fell in love with writing (giving up my childhood dreams of being a Veterinarian, and then my later aspirations of "lady trucker") when I signed up for Journalism as my 7th grade elective. It was supposed to an easy A, but it soon became my passion. I moved on to be Copy Editor of the high school yearbook so that I could correct other people's writing mistakes and fill in when they missed their deadlines (and, hey, it was high school...deadlines were frequently missed!).

I still live in the Pacific Northwest, which is the ideal place to be writing anything dark or creepy...a gloomy day can set the perfect mood. I live with my husband and our three beautiful (and often mouthy) children, who serve as an endless source of inspiration for my writing. 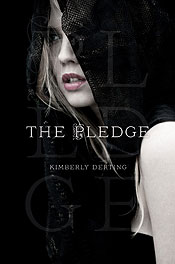 In the violent country of Ludania, the classes are strictly divided by the language they speak. The smallest transgression, like looking a member of a higher class in the eye while they are speaking their native tongue, results in immediate execution. Seventeen-year-old Charlaina has always been able to understand the languages of all classes, and she's spent her life trying to hide her secret. The only place she can really be free is the drug-fueled underground clubs where people go to shake off the oppressive rules of the world they live in. It's there that she meets a beautiful and mysterious boy named Max who speaks a language she's never heard before . . . and her secret is almost exposed.
Charlie is intensely attracted to Max, even though she can't be sure where his real loyalties lie. As the emergency drills give way to real crisis and the violence escalates, it becomes clear that Charlie is the key to something much bigger: her country's only chance for freedom from the terrible power of a deadly regime. 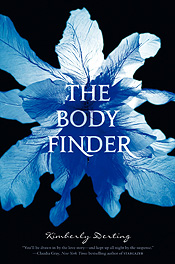 Violet Ambrose is grappling with two major issues: Jay Heaton and her morbid secret ability. While the sixteen-year-old is confused by her new feelings for her best friend since childhood, she is more disturbed by her "power" to sense dead bodies—or at least those that have been murdered. Since she was a little girl, she has felt the echoes that the dead leave behind in the world... and the imprints that attach to their killers.

Violet has never considered her strange talent to be a gift; it mostly just led her to find the dead birds her cat had tired of playing with. But now that a serial killer has begun terrorizing her small town, and the echoes of the he's claimed haunt her daily, she realizes she might be the only person who can stop him.

Despite his fierce protectiveness over her, Jay reluctantly agrees to help Violet on her quest to find the murderer—and Violet is unnerved to find herself hoping that Jay's intentions are much more than friendly. But even as she's falling intensely in love, Violet is getting closer and closer to discovering a killer... and becoming his prey herself.


I have 3 swag packs to giveaway from Kimberly!
This is International!
All giveaways this month end on October 7th.


a Rafflecopter giveaway
Posted by Cynthia Garcia at 9:05 AM