I am very excited to introduce you to the next author. Ms. Monique O'Conner James is the author of several books. And I love all of them! 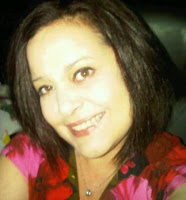 Monique is the mother of two beautiful children and lives in a small community
outside of Baton Rouge, Louisiana. She currently works full time as an
insurance agent, but her favorite jobs are mother, wife, and author. On her
ninth  birthday, her mother bought her a journal and said, "Write whatever
you  want. Just write". And so, a love affair with words was born.

She wrote poetry  and  short stories in high  school and college, until 1993 when her mother was diagnosed  with breast cancer. After her mother's death in 1998, deep in  depression,  she found herself unable to write. Nine years passed, and only on  rare  occasion did she attempt to write. Finally, in 2007, under the urging of   friends, she sat down and pecked out her first novel. It was  raw and  unpolished,  but the process had been unquestionably cathartic.


The next three  years were  spent filling her  hard drive with seven complete manuscripts. At the  beginning   of 2011, Monique decided it was time to edit the work and share it  with the   world. She hopes you enjoy the ramblings of a truly southern girl  raised  in a  state rich with heritage and love.

In June of 2011 her  first book, The Keepers, was published by Astraea Press and it
has been a world wind of excitement ever since.  Please check  out her website and feel free
to contact her at any time via her  email, facebook, or twitter. 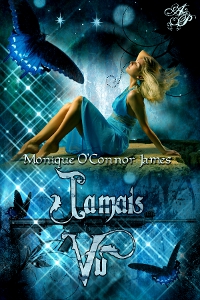 A gunshot echoes, thrusting Darby Lambert into a near death experience. Inside
the confines of an ambulance, she meets “the man in white light”. He takes away
the guilt, but makes her question everything. “You will see them,” he whispers,
as he catapults her back into the real world where she is plagued with dreams
of  demons, nurses, and rock stars. Why has He sent her back? Does she have the
courage to rectify her sins? Given the chance, could you erase it all? 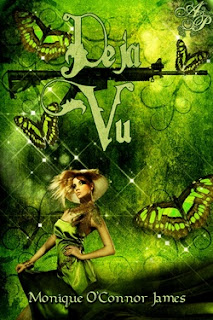 Darby Lambert thinks she has it all figured out. After all, she changed the
horrible events of her life by tweaking her dreams. What else could go
wrong?

The universe can never be altered without ramifications, and now
the people she knew so well are not who she thought they were, her past is not
the past she remembers, and friends are not friends.

Can she uncover the
truth about who she is without further damaging those around her, or will she
choose to change her dreams again to find her place in the world? 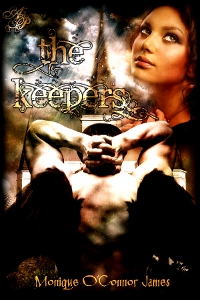 Jess denies God. In his infinite wisdom, he’s taken everyone she’s ever loved.
Moving to the French Quarter was a ploy to erase the guilt she felt for
rebuking  her faith. Perhaps, if she hadn’t met Justin, an angel preoccupied
with getting  back into God’s good graces, and drowning in his hatred for
humanity, her plan  would have worked. Justin’s general disdain for the human
race makes him  difficult to like, but some higher power has appointed him her
keeper. Justin’s  convinced he can mend her broken relationship with her maker,
but in the process  he learns a thing or two about his own humanity. Never mind
falling in love,  that’s not supposed to happen. In fact, it may even be
forbidden. Jess just  wants Justin to understand her plight, and he wants to
protect her from a world  she doesn’t know. If neither is equipped to save the
other, then whose soul  will live and whose will perish? 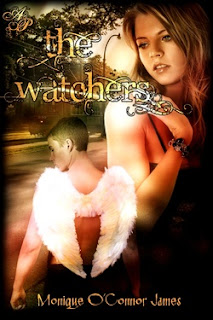 Dixie Chauvin’s new house in The French Quarter was once
the  first brothel built in New Orleans outside of the Red Light District. She
is  tickled with her new acquisition that is until, she discovers that some of
the  past residents are still staking a claim to the property.

Blake is her  guardian angel, but he’s let his feelings for her go far beyond his duty to
protect her. He wrestles with his loyalty to his job and the rules he must
follow and his need to reveal himself to the girl he loves.

Soon, they   are caught in a battle to save the soul of a girl who’s been held captive in
the  house for over a hundred years. Dixie is so set on freeing the ghost that
she  travels back in time in hopes of finding out how the beauty met her end.

Can Blake and Dixie’s love survive the terror of fighting for the girl’s
freedom?

Along with her best friend Emily, and Blake’s brother, Lathan,
Dixie is thrust into the past to uncover the details of a murder, and a life of
neglect and abandonment. Will the clues lead them to the truth and a way to rid
the house of the apparitions who haunt it? Or will the horror of what happened  drive the group apart?

Journey into a world of brothels, gambling, and political payoffs where sometimes even a guardian angel can’t protect their
charge. 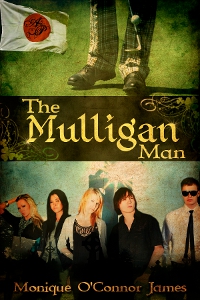 he Mulligan Man is a short story originally written for relief after the Japanese Tsunami.

When six kids are at a party, partaking in a little too much fun, one of them is killed. The
Mulligan  Man, a character straight out of folklore appears offering them the
chance to  fix all the wrongs. In order to complete the deal, the teenagers must
find out  the truth of what happened, perform a random act of kindness, and
become  friends.

If they meet these stipulations, he will allow them to  bring  their friend back from the dead. In the process they learn not to judge,  to stay  away from drugs and alcohol, and that love can bridge even the boundary
of  death. 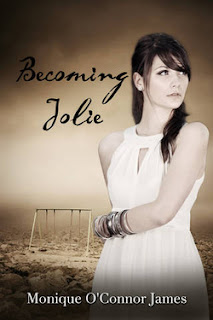 Jolie Bourque wanders into the small town of  Folette, Louisiana hoping to wrap up her thesis.
The place has suffered a rash  of missing children and is now plagued with ghost sightings.
Jolie, the spoiled  child of adoptive parents, goes into the town believing the residents suffer
from mass hysteria, and she wants to finish her paper and get back to Baton
Rouge before the place rubs off on her.

The town's people turn out to be none to ready to spill their
stories to an outsider, except one Hutch Landry.  Through stories from Hutch and
his brother Tucker, Jolie learns the horror that has befallen the town and
begins to feel attached to its people.  Not only does she realize that she may
have personal strings that tie her to the place, but she finds herself smack in
the middle of a love triagle with the two brothers.

Will she be able to find the monster who is preying on the young
teens and still stay sane as she pieces together her own past?  Will she be able
to sort through the nightmares she's begun to have during her time in Follette?
Will she choose between the two brothers she never thought she could have
feelings for in the first place?

All of these questions are just part of the
road she has to take while she's becoming Jolie.

Monique is so generous that she would like to give 1 copy of each book in ebook format away!
This is International!
All givaway this month end on October 7th.

a Rafflecopter giveaway
Posted by Cynthia Garcia at 2:51 AM