Our first author for today is the talented Jaz Primo, author of the adult series The Sunset Vampires and the very new YA novel Gwen Reaper!

Take it away Jaz! 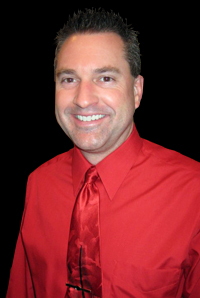 YA and a Fascination with Death

What is it about young adult literature and the fascination with themes about death, particularly via paranormal storylines and characters? During one’s youth, their entire lives are ahead of them. Summers seem to last forever, and Christmas is a lifetime away. At least, that’s how I remember my young adult years. So, what’s changed?

Interestingly enough, the answer may lie with how teens view their lives through the prism of popular and mainstream media. Certainly, news programs, TV shows, films, and video games are rife with violence and death. However, I think that it’s the fascination with the possibility of such a promising young life being cut short, being cheated, which creates such an allure. Consider Twilight, for example. Granted, at the beginning of the story, Bella has a relatively uneventful, even hum-drum, life ahead of her. Yet, it’s not until she discovers that Edward is a vampire that she becomes truly fascinated with him. Edward is a cold, dead being who hungers for, and ultimately feeds on, humans like Bella. Okay, we’re not going to dwell on the fact that Bella likes the idea of being undead for the most part. That’s another blog post altogether. *winking*

Suffice to say that death is like some forbidden fruit to a teen; something dangerous, occasionally seductive given the allure of certain creatures involved, but certainly something that runs counter to the trappings of healthy appeal. Look at most adult characters in often-grim YA fiction; they’re ever anxious to protect the young characters from prospectively dangerous activities, characters, or settings. In fact, the parental figures in YA paranormal novels are often depicted as anxious, suspicious villagers found in classic literature such as Bram Stoker’s Dracula or Mary Shelley’s Frankenstein. Well, perhaps that characterization is somewhat overly-dramatic, but any of you readers with children can easily identify with the innate, sometimes neurotic, trepidation over exposing your kids to potentially harmful situations; even if it’s only them heading off to summer camp for the first time.

In my YA paranormal romance, Gwen Reaper, death is a central, pervasive theme, if only because of the traumatic childhood experience of Gwen, one of the central characters. Only, in the case of my novel’s storyline, trauma and a dark, mysterious family legacy are intertwined for Gwen. I hope that you’ll check out the novel, which promises intrigue, teen romance, some humor, and an opportunity to experience a YA paranormal romance from Scott’s (the young leading male) perspective. I’m confident that you’ll find it engaging, exciting, and ultimately satisfying. Happy reading!

My thanks to Book Reader Addicts for the opportunity to appear here today, and special thanks for all of the kind support that Cynthia has given to me and my work.

Here is a little bit more about Jaz to get to know him:


Jaz is an author, history buff, pun-master, and all-around lover of kick-butt heroines in paranormal and urban fantasy literature, as well as graphic novels.  He’s redefining the traditional boundaries of urban fantasy, paranormal romance, and young adult literature, including controversial themes and an alternative approach to handling gender relations for central characters, as demonstrated in his Sunset Vampire Series.  One of his mantras is: “One should never underestimate the inherent strength and power of women and their capacity for dominance; sexual or otherwise.”
His latest work, a young adult paranormal romance titled Gwen Reaper, features conventional YA characters and gender relations but introduces a paranormal storyline that’s relatively uncharted by today’s paranormal standards. 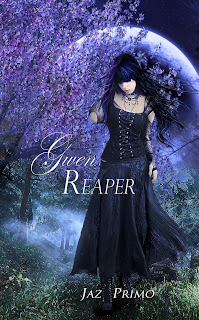 "A thing of beauty is a joy forever: its loveliness increases; it will never pass into nothingness." John Keats, English romantic poet.

I never thought that my first exposure to real beauty would be tinged with the threat of oblivion…
~ ~ ~ ~ ~
When high school junior Scott Blackstone is forced to move from his childhood home in Springfield, Illinois to small-town Custer, South Dakota, he expects nothing less than to languish in complete disappointment. Instead, he discovers a beautiful and mysterious seventeen-year-old girl named Gwen, who captivates him from his initial, adrenaline-laced sight of her on the shores of Stockade Lake. Scott’s pursuit of the elusive Gwen sweeps him into the midst of a potentially lethal family heritage that was birthed in hope, only to be passed into a legacy of guilt and death.
Scott engages in a journey of discovery, tinged with both angst and danger. Like many dire legends throughout history, he is unprepared for the untimely revelation that both love and despair are often two sides of the same coin.

Jaz has been very kind enough to give 1 lucky person a copy of his new YA novel, Gwen Reaper.

Sorry but this is US only. If you are International but have a US address you can use then please enter.
All the giveaways this month end on October 7th.

a Rafflecopter giveaway
Posted by Cynthia Garcia at 11:21 AM