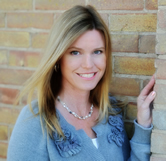 I live in the Utah mountains with 3 little boys, a husband, and other various wildlife. Born in Texas, raised in Colorado. Love staying active. I write young adult fiction and am published by Simon & Schuster. It's the best job in the world, next to being a mom. I'm a cat person, a Broncos fan, and only make my bed when I'm expecting company.

She is here today to share a story with us!

Congratulations on your 2 year anniversary, Book Reader Addicts!
The topic of celebrating reminds me of a conversation I had at a party not long ago. I was raiding the cupcakes (Don’t forget to have a cupcake to commemorate Book Reader Addicts’ anniversary!) when the host grabbed me and began introducing me around as “The Author.”
Soon after, a 40-something woman cornered me by the kitchen sink and asked, “So you write books? Like E.L. James?”
Her friend moved in closer and asked, “Who’s that?”
The woman shot her a look like she must live in a cave. “You know, Eee.Elll. Jaaames. She wrote those Fifty Shades of Grey books.” The friends elbowed each other, giggling. When they gained some sort of semblance of self-control, they turned their attention back to me, and I realized their little inside joke hadn’t let me off the hook as I’d hoped.
“Actually, I write young adult novels,” I said. “So I try to keep the S&M to a minimum.” The women raised their eyebrows at me, so I elaborated. “No more than four instances per book.” My little attempt at humor did nothing to change the looks they were giving me, so I chalked it up to recent Botox jobs and bit into my cupcake. Sadly, it wasn’t nearly as tasty as it was beautiful.
While I was preoccupied with the tricky task of covertly disposing of the inedible pastry, the women were still talking books, and apparently they were in a book club. “Sometimes we read young adult novels,” the woman continued. “Like, that vampire one by what’s-her-name. And The Hunger Games. Say, what books have you written? Maybe we can put them on the list.”
I jotted the titles on a scrap of paper and was about to hand it over when I took the liberty of adding other books I thought they should read, not only because they were mega popular, but because they were good. Not pretty-on-the-outside good, like the cupcake, but through-and-through good. The ladies thanked me and as I floated off to see if there were any pretzels to munch on, I wondered if they’d be disappointed that there isn’t a single S&M scene in any of my books.

Thank you again Wendy for celebrating with us! This story reminds me so much of myself lol! 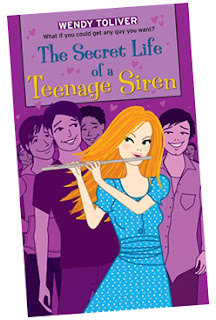 Geeky to gorgeous in sixty seconds...
Roxy's about to turn sixteen, but life isn't so sweet. As a band geek, Roxy can barely get the cute guys to notice her, much less go out with her. Then, on her birthday, Roxy is transformed into a siren: seductively beautiful with the power to control all men. She thought sirens were an ancient myth, but suddenly Roxy can get any guy she wants with just a few notes on her flute.
There are only two rules: don't tell anyone about being a siren, and don't fall in love. When she starts dating Zach, the guy everybody's crushing on, Roxy realizes she could get used to this siren thing...but how can she keep herself from falling in love? 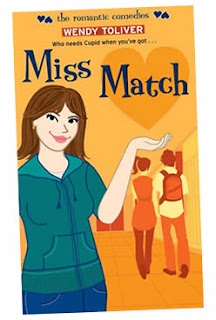 Has this miss finally found her match?
Sasha Finnegan has always had a knack for setting people up, and at sixteen, she's turned her talent into an , molding high school crushes into true love.

But Sasha finds her toughest match yet when hottie Derek Urban asks her to set him up with Sasha's gorgeous sister, Maddie. It's not that Derek isn't a good catch. In fact, after spending so much time with him, Sasha can't help but think he's perfect -- for her, that is.

Can Sasha push her feelings aside for the sake of her business? Or has this miss finally found her match? 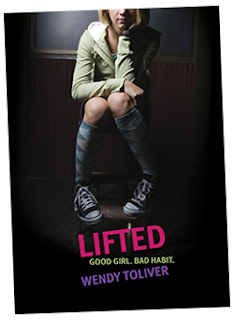 It's not what you steal.
It's getting away with it that's so much fun. Poppy Browne is none too thrilled to be the new girl in Pleasant Acres, Texas--especially after her mother enrolls her in a . But to her delight, Poppy is pulled into the cool clique on her first day at Calvary High, and her new friends, Mary Jane and Whitney, are as genuinely nice as they are gorgeous and rich.
The catch? Her new pals have a nasty shoplifting habit, and before long Poppy is also a theft enthusiast. But when the girls' get out of hand and friendships are threatened, it's up to Poppy to set things right ....

Wendy would like to give 1 person a copy of Lifted!
This is a US only giveaway. If you are International and have an address you can use please enter.
All giveaways this month end on October 7th.

a Rafflecopter giveaway
Posted by Cynthia Garcia at 1:52 AM