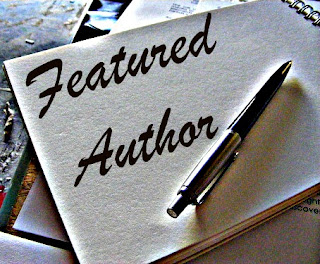 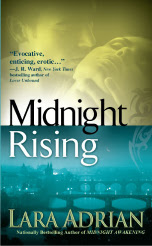 IN A WORLD OF SHADOWS AND DARK, CONSUMING HUNGERS, DESIRE IS THE DEADLIEST WEAPON. . . .
Fueled by pain and rage over a shattering betrayal, the warrior Rio has pledged his life to the war against the Rogues. He will let nothing stand in his way--least of all a mortal woman with the power to expose the entire vampire race. But now an ancient evil has been awakened, and a stunning darkness is on the rise.
For journalist Dylan Alexander, it began with the discovery of a hidden tomb. Suddenly she is at the center of a gathering storm of violence and secrets. But nothing is as dangerous as the scarred, lethally seductive man who rises from the shadows to plunge her into his world of dark desire and endless night. Here she is powerless to resist Rio's touch, even as she uncovers a shocking link to her own past. Now Dylan must choose: Leave Rio's midnight realm, or risk it all for the man who has shown her true passion and the infinite pleasures of the heart . . . .

Available in:
Mass Market Paperback
Bookclub Edition Hardcover
E-book
Audio CD/MP3
Where you can find it:
Random House
Amazon
Barnes & Noble
Books-A-Million
Indie Bound
Target
Walmart
Doubleday Book Club
Rhapsody Book Club
Science Fiction Book Club
To get an entry comment below answering the following question:
What would you do if you were Dylan?
Here is a reminder of the prizes:
The randomly chosen grand prize winner will get a signed copy of Kiss of Midnight, the first book in the series and some swag.
The second place winner will get a book of your choice from The Midnight Breed series from The Book Depository and some swag.
Ten other winners will get swag.
The winners will be announced on April 2nd!
To get the maximum amount of entries go to the rest of the post to play catch up!
Post 1
Post 2
Post 3
Post 4
Post 5
Posted by Cynthia Garcia at 7:13 AM