I am happy to introduce to you today Julianna Baggott, author of Pure and many other books. She was very kind of enough to do an interview with me! 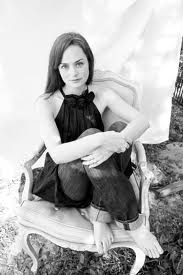 1. What is your favorite childhood memory?

I immediately think of winters when I would curl up with my dog (an overly anxious dalmatian) under the kitchen table next to a heating vent to keep warm. People wouldn't know I was there. I'd hear the inner workings of the house -- its secrets -- and I was warm.

2. Did that memory inspire you to write one of the many books you have out?


Oh, I think yes, in a way. Meaning that I started to understand that there's a facade and then there are secrets. Not that my family had dark secrets. They didn't. And even though parts of my family's past is pretty rough and sometimes shocking, we were always open about it. But there's the idea that one thing is said in front of the kids -- this way -- and not in front of the kids it might have a very different slant. I realized that things aren't what they seem. And that there are stories within stories. I loves those ideas.


3. What turned you to write Dystopia?


I wanted to build a world and dystopia allows the writer to build -- or rebuild -- our world. I love the idea of nostalgia. I'm often nostalgic prematurely for the things that are right in front of me this very moment. Maybe it's watching my kids grow up so fast. (I have four kids, ranging from 4 to 16.) So that's a theme that's natural to me. This is just hitting me now, actually, how important that is to me. In any case, it's always a thousand strands that pull you to an idea and so this is one of them.


4. What did you think when you first found out that Pure has been optioned by Fox2000 WITH the lead producer from Twilight?


I was relieved. Some other things had been going on for weeks, and I was totally stressed. And then I heard the news and was incredibly happy and relieved. I'd met Karen before and trusted her deeply. So I knew I was in good hands.


5. If you could co-write with any one author dead or alive who would it be, what would the book be about, and why?


I wrote a novel with Steve Almond -- called WHICH BRINGS ME TO YOU. Not easy. But I'd have to pick a dead one this time as it's a real opportunity. But who? So many writers I love were alcoholics, depressives ... they lived hard lives. I'd pick Flannery but she was of such a singular mind. I don't think she'd put up with me. Wait. Who would?


6. What is your favorite scene in Pure without giving spoilers? (this could be tricky lol)


The brothers, yes. There's a moment deep in the book where one of the brothers does something completely surprising. And it's the reaction of the character closest to this that I love.  If you've read the book, you'll know exactly what I mean.


7. What is your main message you would like the readers get from reading Pure?


I'd love for people to dive into the real history of atomic and nuclear warfare. Use this as a jumping off point for some serious research and discussion. Other than that, for me the question isn't about our loss and destruction -- but what endures and what is found.

Thank you so much Julianna for taking the time out to do this interview! I am absolutely in love with Pure!

Speaking of Pure, if you guys haven't picked up yet or checked it out (where have you been?) then do so now! 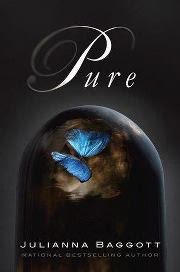 We know you are here, our brothers and sisters . . .

Pressia barely remembers the Detonations or much about life during the Before. In her sleeping cabinet behind the rubble of an old barbershop where she lives with her grandfather, she thinks about what is lost-how the world went from amusement parks, movie theaters, birthday parties, fathers and mothers . . . to ash and dust, scars, permanent burns, and fused, damaged bodies. And now, at an age when everyone is required to turn themselves over to the militia to either be trained as a soldier or, if they are too damaged and weak, to be used as live targets, Pressia can no longer pretend to be small. Pressia is on the run.

There are those who escaped the apocalypse unmarked. Pures. They are tucked safely inside the Dome that protects their healthy, superior bodies. Yet Partridge, whose father is one of the most influential men in the Dome, feels isolated and lonely. Different. He thinks about loss-maybe just because his family is broken; his father is emotionally distant; his brother killed himself; and his mother never made it inside their shelter. Or maybe it's his claustrophobia: his feeling that this Dome has become a swaddling of intensely rigid order. So when a slipped phrase suggests his mother might still be alive, Partridge risks his life to leave the Dome to find her.

When Pressia meets Partridge, their worlds shatter all over again.

To read the opening pages go here (trust me you will want to read these and then buy the book because you will be sucked in) :  http://www.pure-book.com/pure_by_julianna_baggott.pdf

Here is the trailer for Pure: http://www.youtube.com/embed/ZknTMhd9RL0

You can find Pure at:
Amazon
Barnes and Noble
Indie Bound
Where can you find Julianna Baggot?
Website
Facebook
Goodreads
Blog