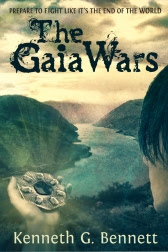 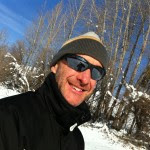 About the Author:  Kenneth G. Bennett is the author of the Young Adult novels The Gaia Wars and Battle for Cascadia (the second book of The Gaia Wars), as well as the forthcoming Exodus 2018, a paranormal thriller set in the Puget Sound region of Washington State. A wilderness enthusiast who loves backpacking, skiing and kayaking, Ken enjoys novels that explore the relationship between humans and the wild. He lives on an island in the Pacific Northwest with his wife and son. Visit him on his website, Twitter, Facebook, or GoodReads.

You guys should really check this out!!!
Posted by Cynthia Garcia at 12:45 PM