I had the pleasure of meeting today's author back in April at the RT Convention and she is not only a wonderful author but and she is also very nice and easy to talk to. Please welcome the very busy Kailin Gow here, author of The Bitter Frost series, The Phantom Diaries series, Wicked Woods series, Pulse series, Desire, Wordwick Games series, The Stoker Sisters series, The Alchemist Academy series, Beautiful Beings series, The Fire Wars, Steampunk Scarlett, and Fade Series. (Amazing right?) 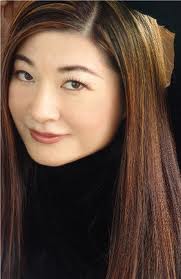 3 Ways to Creating Memorable Characters
As an author of many fiction series, which spans all ages from YA, Middle Grade, to Chick Lit; I have always consider characters as the most important element in a series.  Plot is pretty close up there, as well, but without memorable characters, a book can fall flat.  Here are 3 ways to creating characters that stand out:
1)      Voice – How does the character sound?  Straightforward, charming, self-deprecating, noble?
Through the narrative and/or through dialogue, a person’s characteristics and world view, belief system, and background is revealed.
I write characters from all kinds of backgrounds ranging from vampires, fey, werewolves, djinns, goddesses, angels, demons, and humans. Despite what they are, they all have a voice that is distinct to each one.
For instance:  In the PULSE Series, a series about Kalina, a girl with special blood, and the vampire brothers who are drawn to her blood, and loves her; Jaegar’s cocky self-assured voice is very different from his brother Stuart’s genteel  sensitive voice.  This is especially important for when they get out-of-character, and it’s obvious they’ve been turned. In PULSE, characteristics are very important to distinguish each vampire brother.
2)      Background – Where does the Character come from, what was his upbringing, what is their everyday world like, who brought him up, family life, and friends?
A character’s background is the world view he or she will be acting from.  They’ve had years or moments developing who they are from this background. It’s what makes them who they are.
For instance: In the Phantom Diaries Series, an upper YA retelling of Gaston Leroux’s Phantom of the Opera, Eric has a background from his past that haunts him for years. He was scarred and abandoned as a baby, left on the doorstep of the Paris Opera House. This abandonment drove him to have the insecurities he has when it comes to Annette, the beautiful young woman he loves. Even when the scars fade, he still has this strong memory of himself as being deformed and unloved. But he makes it up with great talent and being incredibly seductive.
His background becomes even more apparent in the third book of the series, Dark Immortal, which released December 6, today. In this third book, he had to deal with his past in the most literally horrifying way, as it comes back to stalk him and the woman he loves.
3)      World of the Character – the Current World or Worlds the characters live in. It sets the rules, the boundaries, and the setting of the stories.  World-building is especially important since I write fantasy and science fiction.
In the Frost Series, the world is that of Feyland where all creatures there are magical. They are of the fey, and in this world, there are different factions of fey, divided up into seasons. This world is partly created from long-established fey folklore, but also contains elements different from folklore, such as the emergence of the Wolf Fey, which is fey that gave up their immortality to become shifters. If you get a chance to read the spin-off series to the Bitter Frost Series, called The Wolf Fey, then you will know the legend behind The Wolf Fey.
The latest book, Frost Fire (Frost #6) which releases December 14, will explain some more about the core of Feyland and its magic, as well as how the fey got their magic to begin with. It will be surprising and unexpected.
Desire, a dystopian series, is another series where the world is completely fantasy and imagined. It takes place in a utopian society a thousand years from now, and nothing is as it seems beneath this perfect society.
Here are 3 ways to create more memorable distinct characters. There are several more, but that’s for another day.
All I can say is Kailin has A LOT of experience of creating characters based on all her books. (One of my goals for next year is to get all of her books onto my book shelf lol)
Kailin is offering a wonderful Christmas gift to 2 people! 1 person will be able to win a copy of Bitter Frost, the 1st in the Frost series. And another person can win a copy of Phantom Diaries, the first book in the Phantom Diaries series. All in the honor of her 2 releases this month,
Immortal Darkness (Phantom Diaries 3) on December 6th and Frost Fire (Bitter Frost #6) on December 14th. (Like I said busy)
To enter fill out the Raffelcopter below. The giveaway will end on December 15th. Good Luck! 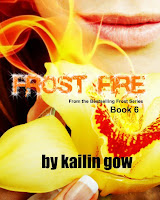 The 6th book in the Bitter Frost series. Out on December 14th.

The highly-anticipated third book in the Phantom Diaries series, a modern supernatural re-telling of Gaston Leroux's Phantom of the Opera.  Who will Annette choose, and will she have to give up everything for the choice she makes?

Kailin Gow has been a published author for over 10 years. She started writing books for tween girls to help them with self-confidence and self-esteem. Her book, Gifted Girls Activities Guide to 365 Days of the Week, became a reference book used in girls organizations across the U.S. As her tween fans grew to become teens and young adults, Kailin began writing engaging and entertaining young adult book series for them. The results are book series like the Frost Series, PULSE Series, Wicked Woods Series, Stoker Sisters, Phantom Diaries, The Fire Wars, FADE, DESIRE, and more.

When not busy inhaling chocolate and drinking coffee by the gallon, Kailin makes time for writing fantasy books, blogging as an expert blogger for Fast Company, volunteering as an Emergency Responder and volunteering for battered women's shelters. For fun, she plays the electric violin, and puts together a music playlist for her radio and web shows.

Her Frost Series consisting of the Bitter Frost Series, The Wolf Fey Series, and the Fairy Rose Chronicles along with her other book series are being developed into worldwide MMORPG Games by SEE GLOBAL ENTERTAINMENT, which is the world's leading game developer known for developing the top blockbuster films into games.

She welcomes readers to contact her through her website for discussions of her books! Sign up to find out the exact dates of new releases, promotions, contests, and special appearances: