Christmas Celebration with A Jacob Sweeny 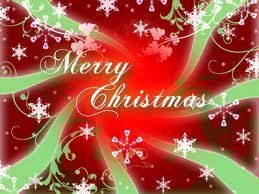 Today I would like to welcome A. Jacob Sweeny, author of Pulse of Heros, and newly released Of Blood And Pulse. She is here to talk to you us about why Michelle Andrews? Take it away!


Michelle Andrews is the main character of The Pulse myths series. It is by and large a coming of age story for her, although it’s filled with adventure, suspense, first love, and the supernatural.
I wanted to portray Michelle with the delicacies of even minute emotions. I wasn’t and didn’t want to rush through the story. A true coming of age study is not about just what happens, but how that person feels and thinks about situations. I wanted my younger readers to identify with her, and most of them have, teenagers and adults alike. The inspiration for her came from real girls I know, and knew, including myself as a teenager. If Michelle was much more mature and experienced, then there is no delicate coming of age story, and again that is one of my goals.

While studying for my teaching degree, I took adolescence psychology because as a history teacher I would be teaching 8th through 12th grade. This had helped me so much while dealing with young adults. Of course we were all young adults once, but each one of us had and dealt with separate and unique experiences during those years. There is no general description of what it’s really like to be a teenager, besides that at that point the body goes through tremendous changes of hormonal fluctuations that physiologically affect not just physical growth, but mood and thought processes.
I have met teenagers who were mature and tough beyond their years, as sadly the responsibilities of an adult life, sexuality, and worries encroached on their childhood much too early. I have also met teenagers who were still childlike and naive about the lessons of life.

I have had discussions with teenage girls that couldn’t believe how close Michelle Andrews’s character was to that of their own, and then I also had the exact opposite reaction. I have had teenagers and young women who had different experiences, complain to me that there is no possible way that Michelle could be a real teenager, because she is too immature. Of Course, when I tell them about the teenagers who do identify with her, it’s an eye opening experience for them.
While dealing with young adults, whom we all think are street savvy, and sexually in the know how, I have found that many just fake it. They claim they have done this and that because that is what it expected of them. However when I dug a little deeper and the trust grew between us, many confessed that in fact they just talk loud. The pressure of teenagers to fit in, is one of the most powerfully force in their lives. They watch MTV and reality TV; they go on the Internet and into adult sites. They are sponges for information. Teenagers are intellectually smart enough to understand the world and it’s workings, it’s their emotional intelligence that is lacking by no fault of their own. They just haven’t had years of experiences, and that is natural and how it should be.
Michelle is based on that type of teenager, she’s smart and has information readily available at her fingertips, but she is not experienced in the beginning of her story… but at the end, she will emerge as a beautiful compassionate strong woman.

Of Blood And Pulse- book II in the series has just been published and people seem to enjoy it too. Some like it more than the first, some like it less, and some say that they feel the same about both books-all these views are logical and natural. However to my readers, I would like to point out a fact that some of you might miss. For you it has been about a year’s wait since Pulse of Heroes, but for the characters in the book, it has only been about one month at most.
Michelle is still only 17 for at least half of book II. I have had a few readers state that they thought that she should be all-mature by now, but they have obviously not taken into account that time has not past for her. I would like to add that the brutality she had experienced just a few weeks before book II starts, is going to effect her and her sense of trust, self worth etc. Many years ago I volunteered at a woman’s crisis center, and I will tell you that victims do not heal right away and some never do at all. A lesson in life? A loss of innocence? One that we all must go though many times in our lives… Michelle must also.


Thank you A. Jacob Sweeny for coming by and being part of our celebration!

Wait! That's not all! She has been kind enough to give out a Christmas gift. 1 person will win Of Blood and Pulse in ebook format and a bookmark. Just fill out the Rafflecopter below. Giveaway ends the 20th. Good Luck!

Of Blood And Pulse picks up the story right where Pulse Of Heroes left off...

After a rocky start, Michelle and Elliot's relationship seems to be teetering on nothing but a few fraying strings, despite the great love that they both feel for one another.

Haunted and scarred by the events of the past year, they both suffer from traumatic consequences. To complicate things even further, someone who knows far too much about Elliot shows up unexpectedly, bringing revelations that even Elliot as a 4700 year-old immortal has a hard time grasping. This visitor’s mere presence adds yet another strain to the couple’s already fragile relationship.

However before Michelle and Elliot can remedy and mend their love, they must heal themselves, and that task will not be as easy, or as safe, as it seems. Join Michelle and Elliot on an epic life-and-death adventure that will take them to the four corners of the world in search of the key to their survival.