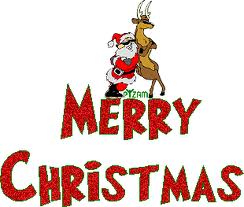 Today the wonderful and talented Gerry Bartlett has stopped by to share with us about her first book Real Vampires Have Curves, the first book in her Glory St Claire and Real Vampires series. Take it away Gerry! 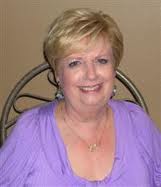 Real Vampires Have Curves and so do I by Gerry Bartlett
I often get asked how I came up with the idea for Glory St. Clair and the Real Vampires series. Some of it was luck but most of it was because I think Glory is me with fangs. The luck came from meeting and then critiquing with bestselling author Nina Bangs for years. When we ran into each other at a Romance Writers of America meeting in our local area in Houston, neither of us was published. We responded to a call by a third person who wanted to start a critique group. About a dozen of us met at a Denny’s that first Sunday. Over the years the dynamics of that meeting changed until Nina and I are the only ones left of the original bunch. She’s had over twenty books published since then. I’m on number twelve. It wasn’t easy getting started and I tell anyone who wants to make writing a career that persistence is everything.
I started out writing romantic suspense and sold two of those short ones to Kensington. Then I managed to get a historical Regency out with Dorchester in 2000. But the historical market sort of died and so did my career. By then Nina had hit on the paranormal craze, especially with vampires. She dared me to try my hand at a vamp story. I wasn’t sure I could do it, but Glory came to mind. I figured if vampires were part of our culture, wouldn’t they be like us, real people before they were turned? You know, with the same figure flaws and insecurities that bedevil all women and, okay, men. Just because they are suddenly made vampire, I didn’t think they would become perfect. I used that concept to create Glory, a slightly plump vampire who still struggles to maintain her independence in today’s world. Not easy considering she was turned in 1604 when she was bloating. And she’s got a boyfriend who’s a sixteenth century man. Can we say controlling?
I have a lot of fun with my characters. They are as diverse as the people I see around me every day. I don’t have a lot of patience with stories where every hero and heroine is perfect and beautiful. Who can relate to that? And what about those kick-butt heroines who never met a creature they couldn’t pound into the ground? Glory’s not so sure about her powers. It’s taken her a while to grow into them. Maybe that’s lame, but she’s feminine and old-fashioned. I’ve tried to show that she’s learning as the books go on. Real Vampires Don’t Wear Size Six was book seven in the series and Glory is not the same person she was in book one, Real Vampires Have Curves. Trust me, by the time April rolls around and book eight comes out, she’ll have learned even more lessons.
I’d love to hear what readers think. Tell me who your favorite heroines and heroes are and why you relate to them. Share. I’m giving away a copy of Real Vampires Have Curves today to one poster so don’t hold back. Good luck.
You heard the lady! Comment below saying who your favorite heroines and heroes are and why you relate to them. The giveaway will end December 9th and I will randomly choose a winner.

What-did you think all vamps were pale, thin and brooding? Don't I wish.
Gloriana St. Clair is an eternally "full-figured" vampire-she just happened to be bloating when a sexy Scotsman sank his teeth into her. She and said Scot- Angus Jeremiah Campbell III, aka Jeremy Blade-have been on and off again for centuries, currently off. A couple hundred years has taught them how to press each other's buttons-in good ways and bad.
Glory's headed for Austin and a new business venture: Vintage Vamp's Emporium. After all, she loves clothes, and she is an antique. Only problem is, there's a billionaire techno-freak vampire hunter on the loose. Blade's in total he- vampire mode, and wants Glory to move in with him so he can "protect" her. But it's time for this vamp to explore her own powers

and website:
http://gerrybartlett.com
Posted by Cynthia Garcia at 5:24 PM