Today I would like to introduce you to Ednah Walters author of the YA series The Guardian Legacy and one of my favorite adult series The  Fitzgerald Family series, which she has published under the name of E.B. Walters.
﻿ 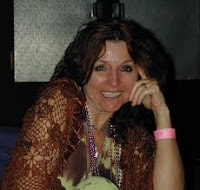 Writing about myself is not as easy as penning a saga about fictitious characters.  Where to start?  What to add?  What to leave out?  Don't want to bore you with stories of my childhood...when I walked, got potty-trained, talked...so I'll start with the more interesting stuff.
I started making up fairytale stories before I could write, even wrote a play which was performed by my class in high school, but I didn't my first story until I finished my PhD in chemistry and decided to be a stay-at-home mother. The first books I wrote were books about the adventures of a little lion called Little Leo and his pet Cockatoo.  My kids got a kick out of hearing me read them out aloud.  Then I moved to mid-grade chapter books.  Their favorite was Goldilocks before the Three Bears.  Then I tried my hand at contemporary romance and romantic suspense. That didn't go so well and besides, I couldn't read them to my children.
And the little munchkins grew and became teens and moody and impossible to please...digressing again.  As teens. my babies wanted to read teen books. Vampires and werewolves were in.  A professor of mine once told me that you can either be the first or the best at what you do.  I wasn't too keen on jumping on the vampire/werewolf bandwagon, so being first was out.  And I couldn't see myself being the best, self-taught writer that I am.  So I decided to write something different--the fallen angels.
The idea for Awakened (originally named The Awakening) rose from the inner recesses of my mind after I came across the stories of kris/keris daggers. All I knew was that the weapon had to be at the center of my story. Soon the characters formed in my head and wouldn't leave me alone, especially an orphaned girl named Lil.
Finding a home for Awakened wasn't easy.  Books about fallen angels by other authors hit the shelves while I was still trying to find an agent and an editor willing to take a chance on me.
Like most of my stories, Awakened is full of romance, mystery and adventure. I believe in the power of love, and that's why I spice up my stories with romance.
I live in picturesque valley in northern Utah with my husband, five children and two cats.
Ednah would like to offer a Christmas present to one lucky person! All you have to do is comment on the blog saying which series you are more interested in and why. This will end on the 15th. Good Luck!

The Guardian Legacy series (YA):

Orphaned as a child and raised by her grandfather, Lil Falcon is concerned with navigating her new high school and is unaware she's a descendant of the Nephilim, a race of beings with super powers tasked with protecting humanity from the demons who threaten it. But when she meets Bran, his psi energy unlocks her latent abilities and opens her eyes to what she is, a Guardian.

But Bran has a secret and befriending him sends Lil down a dangerous path that will either destroy her or make her stronger.

Lil isn't just an average teenager. She's one of the Nephilim--the descendants of humans and angels--which gives her some serious psi skills and a mission for redemption. Just when Lil thinks she's found a balance between her normal life with human friends and her training to become a Guardian, she's warned that someone close to her will betray her.

When the boy she loves starts acting strangely and one of her human friends acquires a supernatural ability, Lil begins to realize that someone is manipulating the people she loves... and won't stop until she's been lured to the dark side.

She doesn’t want to deal with the past...
Ten years ago, Ashley Fitzgerald witnessed the death of her parents in a tragic fire and blocked the memory.  She pretends to have moved on, is a successful artist and photographer, until the morning she opens her door to a stranger she assumes is a model and asks him to strip to his briefs .
He wants to expose the truth...
Wealthy businessman Ron Noble has the body, the jet, the fast cars and the women, but he hides a deadly secret.  His father started the fire that killed Ashley’s parents.  Now someone is leaving him clues that could exonerate his father and they lead to Ashley’s door.  Blindsided by the blazing attraction between them and a merciless killer silencing anyone who was there the night of the fire, Ron dare not tell Ashley the truth.  Yet the answer he seeks may very well tear them apart.
While a demented arsonist...SLOW BURN(s)...and plots his ultimate

She's armed with a new attitude and a kick-ass wardrobe....

By age twenty-eight, art historian Jade Fitzgerald has had a marriage from hell and an equally nasty divorce, worked hard to control her weight and her arrhythmia. The last thing she needs is another man messing with her head or shooting her heartbeat off course. That is exactly what she gets when an aloof and mysterious stranger storms into her life.
He's not easily impressed, or so he he thinks....
Former investigative reporter Vince Knight is on a quest to recover a priceless, ancient Mayan artifact, which he believes Jade’s mother stole.  He’s skilled at gathering information while remaining emotionally detached, until he meets Jade.  The voluptuous woman stirs in him a hunger he hasn’t felt in a long time and a protectiveness he can’t explain.
Neither of them expects passion to flare so fast or danger to dodge their footsteps. To defeat a ruthless art collector with a twisted agenda, Jade and Vince must learn to trust each other and embrace their growing feelings.
Meanwhile, an insane man plots to add Jade to his collection of beautiful and rare things.

She's used to putting everyone first—her sister, her friends, her boss. It’s now her turn...

Art conservator, Kara Michaels has decided it’s time to chase her dream—start her restoring and framing works of art. She has the skills, the nose for business, and the pent-up frustration from being invisible to the man she wants but can’t have—her boss.

He’s a meticulous planner whose rule book is about to be tossed out the window...

Baron Fitzgerald, a successful art dealer and Kara’s boss, believes in having a strategy and following it without deviation. So when Kara tenders her resignation, he sets out to convince her to stay. Baron soon realizes that falling in love cannot be planned, but the insight comes a little too late for him and Kara.

Posted by Cynthia Garcia at 5:20 AM