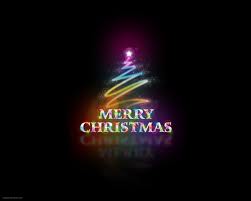 Today the wonderful Amalie Howard, author of Bloodspell, has been kind enough to let me interview her.

More like memories … growing up, we had close family friends who owned a beach house out on one of these tiny little islands off the Northwest coast of Trinidad. There were only six private houses on this island and you could only get there by boat. Once there, it was like a remote seaside paradise—pristine waters, secluded beaches and nonstop family fun. We called it “down-the-islands.” I learned to swim and dive there, I had my first boy crush there, and best of all, I was with my very best friend in the world every single day. Reading in a hammock on the verandah is one of my favorite memories of that time. If I wasn’t swimming or fishing or boating or pretending to be a mermaid, you would likely find me curled up reading in that hammock. The staples of my overnight bag were swimsuits, a toothbrush and books, because that was all I needed. I still remember those days fondly.

2. Is there something in your childhood that made you want to become a writer?

Yes! Reading great books, hands-down. I began writing when I started reading on my own, probably around six. I was always scribbling some story or another into a journal. I had my first poem published when I was 12 and I won an award in a global youth writing competition when I was 15. I wrote a ton of poetry during my teen years—for me, writing was cathartic, especially during some of those tougher teen times (first crush, peer and parent pressure, etc.,) and whenever I had any strife in my life—I just got it all out on paper. One day, when I’m brave enough, I’ll get those poems out there for all to see. In my writing, I really loved being able to create other worlds with interesting characters, especially magical ones. I liked being able to redefine myself in those characters. They were all different versions of me in different worlds with infinite possibility at their fingertips. Writing stories was and still is a huge form of escapism for me.

3. What is the most embarrassing thing that has happened to you since you become a writer?

Over the summer, I was on the front page of a local newspaper so being recognized in the grocery store or at the Post Office (“hey, you’re that author!”) is totally surreal, and my ears still go flaming hot whenever that happens. It's embarrassing, but secretly quite thrilling.

4. If you could be any author besides yourself who would it be and why?

The fangirl part of me really wants to say J.K. Rowling because I love her and I love her books. Seriously, I can’t even imagine what I would do if I ever met her. More than likely, I’d probably be frozen like a deer in headlights, while breaking out into a cold sweat and blurting out my undying devotion. Talk about awkward. Anyway, fangirl fawning aside, I'd probably want to be Enid Blyton. She was an incredibly prolific British children's author I grew up reading, who wrote over 800 books! As a child, she really shaped and drove my love of reading, so being able to influence other young readers out there as she did would be incredible. I'd also say Tolkien because his world-building/story-telling is just phenomenal. Can you imagine really getting inside that brain—it would be beyond epic!

5. Funniest thing you have ever written?

The original Bloodspell short story that had me laughing and snorting in tandem, which by the way, shall never see the light of day. That is all.

6. Saddest thing you have ever written?

A poem called "Midnight Thief" written to my best friend who died when she was 20 in a car accident. It was read at her funeral (I couldn't attend because I had just moved to Paris). It was, and still is, heartbreaking.

7. When will the next book come out (I REALLY want to know) and what can we look forward to?

Unfortunately, I don’t have a definitive publication date for the sequel. Bloodspell was published as a standalone, even though it was originally pitched as a planned trilogy by my agent, but we are still exploring the options. However, as a teaser, in the next two books, you’ll be seeing a lot more of Christian and Victoria, plus some of the other characters like Leto (a lot of him!) and Angie, and maybe some new ones. The sequel is set in Paris so I’m really excited about that, and it really delves into Victoria’s past and how the curse started. Readers will also learn more about the Reii, the Vampire Ancients, and will come to understand more about Christian, how he was turned and why he is so important to the vampire society. In the third installment, Victoria actually becomes consumed by the blood curse so it’s going to be the story of how she survives it. I’m very excited about the next two books!


I can't wait for the next 2 books either!! Thank you Amalie for stopping by! Before leaving she has been generous enough to offer a Christmas present to 1 lucky person. A signed copy of Bloodspell. The giveaway will end the 17th. Good Luck!

But what do you do if your blood is your enemy?
Victoria Warrick has always known she was different. An outcast at school, she is no stranger to adversity. But when she receives an old journal for her seventeenth birthday, nothing prepares her for the dark secrets it holds—much less one that reveals she’s a witch with unimaginable power.
What’s more, when she meets the dazzling but enigmatic Christian Devereux, she has no idea how much her life is about to change. Enemies will hunt her. Friends will turn on her. The terrible curse that makes her blood run black will stop at nothing to control her. And Christian has a sinister secret of his own …
Without knowing whom to trust, can Victoria survive her blood’s deadly desires? Or will she lose everything, including herself?
My review: https://www.facebook.com/photo.php?fbid=176960182360293&set=a.114194208636891.15475.111740428882269&type=3