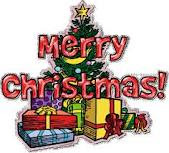 Today Jamie Magee decided to stop by to introduce herself for all of those who do not know her and to offer a great Christmas gift! 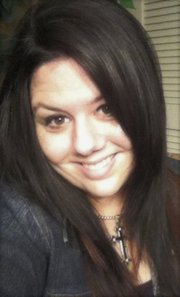 Jamie Magee has always believed that each of us have a defining gift that sets us apart from the rest of the world, she has always envied those who have known from their first breath what their gift was. Not knowing hers, she began a career in the fast paced world of business. Raising a young family, and competing to rise higher in that field would drive some to the point of insanity, but she always found a moment of escape in a passing daydream. Her imagination would take her to places she’d never been, introduce her to people she’s never known. Insight, her debuting novel, is a result of that powerful imagination. Today, she is grateful that not knowing what defined her, led her on a path of discovery that would always be a part of her.

Check her out at her Facebook fan page for updates on her next book: https://www.facebook.com/Insight.Jamie.Magee


Here are her wonderful books:

Some say that dreams are the doorway to the soul. Willow Haywood is no stranger to that doorway. Each night she shares a blissful, silent dream with a stunning blue-eyed boy. With each new moon she is haunted by a painful nightmare shared with a different boy, who’s always hidden by the shadows.
In her waking hours she must battle her sixth sense. The one that allows her to feel others emotions as if they were her own. This insight is exhausting and frustrating causing her to draw inward, only trusting her family and few close friends. Oddly, this sense also attracts ghostly images that seem to appear out of nowhere. With a touch, they take her to wherever they may be, allowing her to change their emotion. This alone would cause most to go insane, but Willow filters her aggression by painting, capturing the emotion she changed.
One August night a nightmare came days after the new moon. In this dream the shadowed boy marked her wrist with star, leaving her father no choice but to share a family secret that would tie all of the odd attributes of Willow’s life together. Now, she has no choice but to outrun the fate that is closing in around her.
In an attempt to lure her, the shadowed figure captures her closest friends. In order to save them, she must weave through broken myths, half truths, and the undeniable power of the Zodiac. With each step she takes Willow comes to realize that she has lived before, her path is one that she chose, and this trial is simply the beginning.
My Review: https://www.facebook.com/photo.php?fbid=118839691505676&set=a.114194208636891.15475.111740428882269&type=3

Not many Scorpio’s are known for their patience, and Willow Haywood is no different. Her only desire is to love Landen Chambers and redeem the lost souls of Esterious, but the path to that desire is long, dark and dangerous...
Before Willow’s life had a chance to balance the sudden revelations and grief she had to endure to get to Chara a disturbing discovery is made. A photo, one that shows Willow blissfully embracing the flawless image of Drake Blakeshire; giving her not only proof that she had lived before, but that she had loved him.
Running away from the memory of Drake’s hypnotizing touch, and the prophecy set before her seemed like the logical thing to do. That is, until a dark dream reignites her passion to save the hopeless dimension of Esterious. Willow struggles to find patience – to learn everything she needs to know before she faces Drake again, but her eagerness is dangerous and one step in the wrong direction takes everything and everyone away from her – the only way to survive this trial is for Willow to remember who she is and what she really wants out of this life. The question is….can she do that?
My review: https://www.facebook.com/photo.php?fbid=170067873049524&set=a.114194208636891.15475.111740428882269&type=3

There is an ominous darkness, one that that is so dense and mind numbing that you can feel the chills race across your skin as the energy of the hatred behind it hovers near you. They thought that it was over…that he was dead….they never imagined that he was more powerful dead than he ever was alive.
A war is on the brink of erupting in the dark dimension of Esterious, the victory Willow had a few days ago was nothing less than vague memory. With each thought she has she fights the images of Drake’s dark eyes, his words… his promises. Doubt seeps into her soul as she stares forward and what could only be the hardest battle she has faced thus far.
Venus is meant to be the planet of love and peace….but when it falls into retrograde its influence changes. Matters of past relationships will surface; choices will be made with the mind and not the heart. Gateways to an evil that cannot be fathomed will open. Willow and Landen’s only defense is to hide their family away, and lock themselves in the palace that was once ruled by Donalt. The energy is heavy and dark within these walls…there is a presence that lingers and strikes at will. Cruel illusions are placed before Willow, but that is not even hardest part…what is hard is standing in room with Drake and Landen and listening to others tell you of lives that you cannot recall…for them to tell when and how you are going to die.
Every prediction and theory is about to be proven wrong…and the choice before Willow’s heart holds the lives of millions at stake. The question is will be she be able to see through the illusions before her and make a choice…she can live with?
My Review: https://www.facebook.com/photo.php?fbid=244063352316642&set=a.114194208636891.15475.111740428882269&type=3