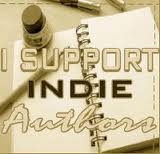 Of the Indie Author Bash!
Day 14 winners are:
An E-book of Ethereal by Addison Moore is… DAWN HAGAN!
An E-book of Dream Smashers by Angela Carlie is… ATHENA POLLOCK!
A signed book of Jane Was Here by Sarah Kernochan is… LEANNE GAGNON!
Today’s spotlight authors a fantastic!

Kendra, fifteen, hasn't felt safe since she began to recall devastating memories of childhood sexual abuse, especially because she still can't remember the most important detail-- her abuser's identity. Frightened, Kendra believes someone is always watching and following her, leaving menacing messages only she understands. If she lets her guard down even for a minute, it could cost Kendra her life. To relieve the pressure, Kendra cuts; aside from her brilliantly expressive artwork, it's her only way of coping. Since her own mother is too self-absorbed to hear her cries for help, Kendra finds support in others instead: from her therapist and her art teacher, from Sandy, the close family friend who encourages her artwork, and from Meghan, the classmate who's becoming a friend and maybe more. But the truth about Kendra's abuse is just waiting to explode, with startling unforeseen consequences. Scars is the unforgettable story of one girl's frightening path to the truth.
Facebook book page: http://www.facebook.com/pages/Scars/156667081056238?ref=ts&sk=wall
My review: http://www.facebook.com/photo.php?fbid=138023029587342&set=a.114194208636891.15475.111740428882269&type=1

Two minds united against a common foe. Two hearts afraid to show their love: Long ago Tamarith fell in love with a man she can never have, and is convinced she will never love another. However, she cannot help but be intrigued by a handsome stranger whose psychic powers exceed even her own. Vidarh seeks only to find his true purpose in life and to win the regard of his father, who eschews his son’s psychic abilities. Thrown together by a common threat to their planet, then torn apart by an evil greater than any they could have imagined, can Vidarh save the lovely Nifl woman who has captivated him, before it is too late? Will Tamarith and Vidarh overcome the deadly enemy who threatens to destroy all they know and love? Will they find the happiness they both seek? Or are they fated to live their lives alone?


3 signed copies of Scars by Cheryl Rainfield
An E-book of Dancing with Fate by Hywela Lyn
To get an entry fill out the form below. For extra entries:
1. “Like” and comment on Scar’s book page on Facebook thanking her for her donation.
2. “Like” and comment on Hywela Lyn’s author page on Facebook thanking her for the donation.
3. Spread the word on Facebook, Twitter, and/or blog about Day 15.
Winners will be announced during Day 16.
Posted by Cynthia Garcia at 10:40 AM