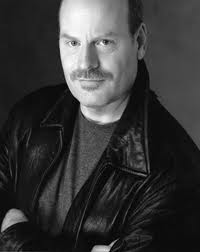 Throughout his career, Gregg Olsen has demonstrated an ability to create a detailed narrative that offers readers fascinating insights into the lives of people caught in extraordinary circumstances.

A New York Times bestselling author, Olsen has written eight nonfiction books, seven novels, a novella, and contributed a short story to a collection edited by Lee Child.
The award-winning author has been a guest on dozens of national and local television shows, including educational programs for the History Channel, Learning Channel, and Discovery Channel. He has also appeared on Dateline NBC, William Shatner's Aftermath, Deadly Women on Investigation Discovery, Good Morning America, The Early Show, The Today Show, FOX News; CNN, Anderson Cooper 360, MSNBC, Entertainment Tonight, CBS 48 Hours, Oxygen's Snapped, Court TV's Crier Live, Inside Edition, Extra, Access Hollywood, and A&E's Biography.
In addition to television and radio appearances, he has been featured in Redbook, USA Today, People, Salon magazine, Seattle Times, Los Angeles Times and the New York Post.
The Deep Dark was named Idaho Book of the Year by the ILA and Starvation Heights was honored by Washington's Secretary of State for the book's contribution to Washington state history and culture.
Olsen, a Seattle native, lives in Olalla, Washington with his wife, twin daughters, three chickens, Milo (an obedience school dropout cocker spaniel) and Suri (a mini dachshund so spoiled she wears a sweater).

New York Times bestselling adult true crime author Gregg Olsen makes his YA debut with EMPTY COFFIN, a gripping new fiction series for teens based on ripped-from-the-headlines stories...with a paranormal touch. Crime lives—and dies—in the deceptively picture-perfect town of Port Gamble (aka "Empty Coffin"), Washington. Evil lurks and strange things happen—and 15-year-olds Hayley and Taylor Ryan secretly use their wits and their telepathic "twin-sense" to uncover the truth about the town's victims and culprits. Envy, the series debut, involves the mysterious death of the twins' old friend, Katelyn. Was it murder? Suicide? An accident? Hayley and Taylor are determined to find out—and as they investigate, they stumble upon a dark truth that is far more disturbing than they ever could have imagined.

Based on the shocking true crime about cyber-bullying, Envy will take you to the edge--and push you right over.

Foreign exchange student Olivia Grant is stabbed to death after a party--and the prime suspect is her best friend. As twins Hayley and Taylor Ryan get pulled into the aftermath of this Amanda Knox-like crime, they realize nothing is what it seems. Could it be betrayal of the ultimate kind?

Betrayal features real-life crime-solving techniques, heart-stopping suspense, plenty of red herrings, hard-hitting ethical questions, and information about the Amanda Knox case that inspired the novel. As the crime unravels, so does the twins' past...they must face off against a family member who may unexpectedly have carried out the worst betrayal of all.

Gregg has been kind enough to donate a copy of Betrayal!
This is International!
All giveaways this month end on October 7th.
a Rafflecopter giveaway
Posted by Cynthia Garcia at 3:59 AM