Next we have S.J. Kincaid, author of Insignia.

S.J. is here to give aspiring writers some advice.

If I could give one piece of advice to aspiring career writers, it would be this: believe in yourself. Forget the Cinderella-type stories, basically some variation of the humble, unassuming person who works very hard suddenly achieving great success as the result of hard work paying off. Vastly undervaluing oneself leads to nothing but other people doing the same thing to you.
Every phase of publishing, from querying your manuscript to agents, to accepting a bid from a publisher, to selling it to the public, basically depends upon one thing: seeming like you're way more awesome than you often feel you are.
Let's take querying, for example. It was very difficult for me at first, because let's face it, conventional wisdom discourages people from bragging, and queries demand you do just that. You have to go and boast about how great your book is in order to convince an agent your book really is that great, i.e.: "This manuscript will appeal to audiences that like X and X".
You honestly don't know that. You’re making a bald-faced assertion about the greatness of your manuscript, and trying to say it with a straight face to persuade someone on the other end of the e-mail to consider reading your work. If you come across as tentative or humble, then you just convince them your manuscript is crap and you won’t get a full request.
Why do you think so many incompetent, egotistical douchebags end up in positions of power in this world? It’s because if you strongly believe in yourself, however deluded or without merit that belief is, others buy it. Plain and simple. People take their cues externally as to how to perceive you. Don’t believe me? Watch this: https://www.youtube.com/watch?v=XYU1a0lTTTw
When it comes to having an agent, same principle applies. If you let people treat you like a secondary concern, they will. When it comes to publishers, if your manuscript is easily obtained, odds are, it will be less valued than the manuscript of a contentious author who gets a vastly overinflated price for his or her manuscript. In the latter scenario, a marketing department will make very sure they are able to justify that overinflated price, and this is simply due to the psychological fact that their perception of this writer’s worth is shaped by the effort it took for them to obtain their book.
So, in short, value your work because that’s what ultimately causes others to value it as well. You could write a glorious epic that astounds people with its genius, but if you present it sheepishly as though it sucks, people may read it with a mind to finding faults in it—rather than relishing its glorious, epic genius as they should. Best of luck! 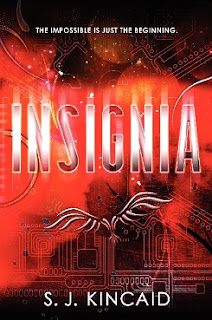 "More than anything, Tom Raines wants to be important, though his shadowy life is anything but that. For years, Tom’s drifted from casino to casino with his unlucky gambler of a dad, gaming for their survival. Keeping a roof over their heads depends on a careful combination of skill, luck, con artistry, and staying invisible.

Then one day, Tom stops being invisible. Someone’s been watching his virtual-reality prowess, and he’s offered the incredible—a place at the Pentagonal Spire, an elite . There, Tom’s instincts for combat will be put to the test, and if he passes, he’ll become a member of the Intrasolar Forces, helping to lead his country to victory in World War Three. Finally, he’ll be someone important: a superhuman war machine with the tech skills that every virtual-reality warrior dreams of. Life at the Spire holds everything that Tom’s always wanted—friends, the possibility of a girlfriend, and a life where his every action matters—but what will it cost him?

To celebrate S.J. would like to give a book to 1 person!
This is US only. If you are International and have an address you can use please enter.
All giveaways this month end on October 7th.

a Rafflecopter giveaway
Posted by Cynthia Garcia at 12:18 PM