I would like all of you to meet Stacy Eaton, author of My Blood Runs Blue series and Whether I'll Live or Die. 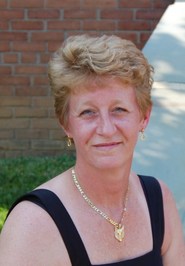 Stacy is a full-time Police Officer who enjoys crime scene investigation above all else. She also owns a business that deals with helping people get the awareness out for the causes they care most about. She is a mother of two and her husband is also in law enforcement. She is very much into photography and carries her Nikon Digital SLR with her almost everywhere, just in case. She also has two Shiloh Shepherd dogs and loves to play catch with them.
Stacy uses her experience at work to make the stories more believable. Weaving bits of crime solving knowledge into her stories of fiction to make them more lifelike. She writes using a unique style that keeps you in the minds of all the important characters. Switching back and forth from mind to mind to keep the readers aware of what each character is feeling and why they do the things they do.
Her first book, My Blood Runs Blue was the start of her writing career.  It brings the world of law enforcement into the paranormal world of vampires. It is a suspenseful adult series that will keep you guessing from chapter to chapter. Book one, My Blood Runs Blue, was published April 2011 and is currently available in paperback, hardcover and e-book editions. Book two of the series, entitled Blue Blood For Life was released September 2011 and like book 1 made International Best Selling lists on Amazon very quickly.  The third book of this series is in the plot and characters development stage. She is hoping to have it completed and published in the winter of 2012. .
Stacy is also currently working on several different novels. The first one is called Liveon. Using a similar writing style as her series, this book brings to life Detective Jacquelyn Liveon as she tries to protect a movie star who is being threatened. While this book is well on it’s way, it has been put to the side to make way for another book that she is working on.
Whether I’ll Live or Die is set to release July 13th! This book is a fictional story about a young woman named Amanda who deals with the pain and emotional issues of Domestic Violence. You will read about how Amanda deals with the things life hands her while you follow Nicole Nolan as she grows at her new job as a police officer. This book is very emotional and intense as it deals with the all to real problems that face people in violent relationships. 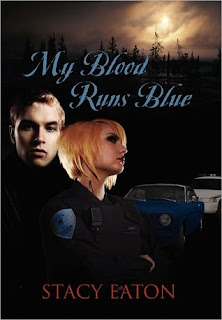 Officer Kristin Greene has always felt that something was missing from her life. Although her job with the Fawn Hollow Township Police Department keeps her busy, she still feels like there is something else out there for her.
She soon finds herself investigating a homicide where a young woman has had her throat ripped out. When she has to give the death notification to the family, her investigative nature comes out fast and strong when the parents seem too accepting of their daughter's death and make comments that just don't fit.
When the family requests the assistance of the VMF Securities, Kristin is confused that they would think a security company could assist with the murder investigation. When Julian and Alexander arrive she quickly finds herself being pulled into a love triangle that has been going on longer then she has been alive. Why do they look at her as if they know her? And why do they keep talking about Calista?
Join Kristin as she fights to learn the truth about the recent murder, the seductive and blood drinking men that have entered into her life and the real truth about herself. 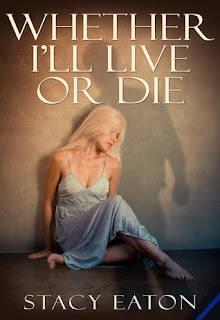 “It sounded so simple in theory; ready... aim... fire... but what actually transpired was so much more.”

Officer Nicole Nolan holds the gun steady in her hands, knowing that life will be forever altered once she pulls the trigger. Her position as a small town police officer is to protect those who cannot protect themselves. It is her job, her career and her life.

Amanda stands where protection does not exist. With several failed relationships behind her, Amanda turns a blind eye to the possessiveness Josh displays in order to sooth her desperate need to be loved. As the mental abuse turns violent, Amanda must deal with the denial and embarrassment of being a victim once again. With her emotional and physical health siting on the edge, she must fight to regain control of her life.

A gripping story with one final destination, but will it be life or death?

Stacy has been kind enough to offer an ebook to 1 person!
This giveaway is International!
All giveaways this month end on October 7th.
a Rafflecopter giveaway
Posted by Cynthia Garcia at 9:12 AM