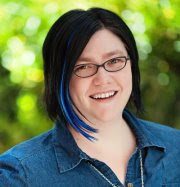 Elana is the author of the Possession series, which includes full-length novels POSSESSION and SURRENDER, and short stories REGRET (ebook only) and INSIDER INFORMATION (free here!). Learn how to spell and say her name.

Elana wishes she could experience her first kiss again, tell the mean girl where to shove it, and have cool superpowers like reading minds and controlling fire. To fulfill her desires, she writes young adult science fiction and fantasy.

In her world, Oreos and bacon would be the only food groups. Everyone would drive 10 over the speed limit. Winter would be eliminated as a season, and Jeff Probst would be President. As it is, she lives with her husband and two kids in central Utah, gets cited when she drives too fast and eats Oreos only on special occasions. 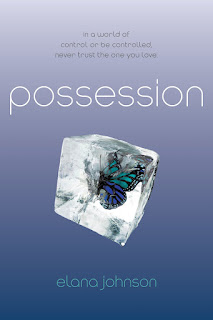 Vi knows the Rule: Girls don't walk with boys, and they never even think about kissing them. But no one makes Vi want to break the Rules more than Zenn...and since the Thinkers have chosen him as Vi's future match, how much trouble can one kiss cause? The Thinkers may have brainwashed the rest of the population, but Vi is determined to think for herself.

But the Thinkers are unusually persuasive, and they're set on convincing Vi to become one of them...starting by brainwashing Zenn. Vi can't leave Zenn in the Thinkers' hands, but she's wary of joining the rebellion, especially since that means teaming up with Jag. Jag is egotistical, charismatic, and dangerous--everything Zenn's not. Vi can't quite trust Jag and can't quite resist him, but she also can't give up on Zenn.

This is a game of control or be controlled. And Vi has no choice but to play. 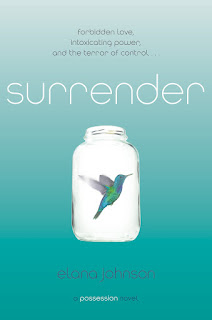 Forbidden love, intoxicating power, and the terror of control… Raine has always been a good girl. She lives by the rules in Freedom. After all, they are her father’s rules: He’s the Director. It’s because of him that Raine is willing to use her talent—a power so dangerous, no one else is allowed to know about it. Not even her roommate, Vi. All of that changes when Raine falls for Gunner. Raine’s got every reason in the world to stay away from Gunn, but she just can’t. Especially when she discovers his connection to Vi’s boyfriend, Zenn. Raine has never known anyone as heavily brainwashed as Vi. Raine’s father expects her to spy on Vi and report back to him. But Raine is beginning to wonder what Vi knows that her father is so anxious to keep hidden, and what might happen if she helps Vi remember it. She’s even starting to suspect Vi’s secrets might involve Freedom’s newest prisoner, the rebel Jag Barque....

To celebrate Elana would like to giveaway a copy of Possession!
This is for US and Canada only. If you are International and have an address you can use please enter.
All giveaways this month end on October 7th.

a Rafflecopter giveaway
Posted by Cynthia Garcia at 4:53 AM