Now I would like all of you to meet Janet Lee Carey, author of  Dragonswood.

Happy 2nd Anniversary Book Reader Addicts! I thought I’d pop in and join the celebration with a guest post and Dragonswood book giveaway. 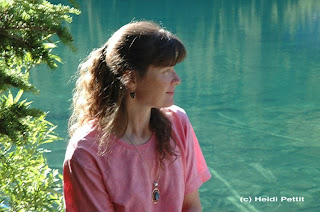 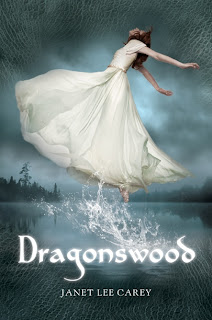 Book two of the Wilde Island Chronicles (Dial Books for Young Readers 2012).
I see visions in the fire sometimes, images of the past or what is yet to come. The fire-sight does not lie. But I did not see the witch hunter who would ride in to scour our town of sin, so I did not know to run.
Wilde Island is in an uproar over the recent death of its king. The uneasy pact between dragons, fairies, and humans is fraying and the royal witch hunter begins a vengeful quest to hunt down girls with fire in their hearts and sparks in their soul.
Strong-willed Tess, a blacksmith’s daughter from a tiny hamlet near the mysterious Dragonswood, wants more for herself than a husband and a house to keep. But in times like these wanting more can be dangerous.
Accused of witchery, Tess and her two friends are forced to flee the violent witch hunter. The journey is bleaker than they ever imagined and they have no choice but to accept when an enigmatic huntsman offers them shelter in the dangerous Dragonswood. Staying with him poses risks of its own: Tess has no idea how to handle the attraction she feels for him—or the elusive call she hears from the heart of the Dragonswood.
(Kirkus review Line)

I had such a good time interviewing my main character, Tess, for another guest post a while back, so I thought I’d try interviewing Garth Woodsman who patrols Dragonswood to keep out the riffraff. Garth would not sit still for an interview of course. I had to throw on my cloak and follow him on foot through the forest. This interview takes place partway through the novel after Garth Huntsman has taken Tess and her friends in and agreed to hide them temporarily from the witch hunter.

Here’s the interview. I’m still trying to scrape all the mud off my shoes.

Janet: I was hoping to ask you a few questions, Garth.
Garth: (Heads out the lodge gate for the trees. His head is down. The dark hair blowing away from his face shows his thoughtful eyes and strong mouth. I can tell he’s brooding over something and in no mood for the interview, but I’m here for information, so I trudge on.)

Janet: Where are you going?

Garth: I have some business to attend to.

Janet: Why do you have to run off now? Tess thinks you’re angry with her.

Garth: Not angry. (His shadowed face looks doubtful.) I was disappointed to hear Tess named her friends to the witch hunter.

Janet: You know Tess was forced to name names when she was tortured. Can you blame her for that?

Garth: I suppose not. We all have our breaking points. Still, it meant all three women had to run from their village and survive on the road. They were starving when I found them huddled in the cave.

Janet: You were kind to take them in, Garth.

Garth: Kindness had little to do with it. I could not very well let them die, could I?

Janet: Some men would have. Sheltering them puts you in danger. When will you be returning to the lodge?

Janet. You can’t say or you won’t say?

Garth: (Grabs a stick and gives the blackberry bush a solid whack.) Perhaps you should turn around and go back to Tess and her friends if you’re so concerned for their safety.

Janet: I chose to follow you because I thought you might take some sort of action at this point.

Garth: I am taking action.

Janet: What sort of action?

Garth: You meddle too much, mistress author.

Janet: Authors have to meddle. Meddle is my middle name, so tell me.

Garth: (Garth quickens his step. I splosh through mud trying to keep up. It’s a while before he speaks again.) I have seen the far off look on Tess’s face when she gazes north. If the fairy folk are trying to draw her deeper into Dragonswood, she should be free to leave us.

Janet: Do you want her to leave?

Garth: It doesn’t matter what I want. I cannot stand in the way of her destiny. She deserves to be happy.

Janet: (I glimpse sadness under his disciplined self denial.) Garth, if you truly want her to be happy, I think you should be walking toward her, not away from her.

Garth: (Draws up.) And I think if you stop interfering, this story will unfold the way it’s supposed to. Follow me if you like, but this interview is over. (He tosses his stick in the greenery and marches ahead. I follow cursing myself for creating such headstrong characters who are always in rebellion against my outlined plot. A soft snow begins to fall. After a few more miles, Garth traverses a gully and disappears into a smoky cave. The astringent smoke makes my eyes water as I creep toward the entrance and peer inside. Twenty paces from me, Garth is looking straight up into the looming face of a she dragon. Half her bulk is hidden in the recesses of the cave, but I see she’s large enough to open her jaws and snap the man in two if she wants to. Garth stands very still as her gray smoke rises in coils around him. I pull out my notebook to describe the scene and catch whatever dialogue might be exchanged between these two. I have to watch closely to see what will happen next. Since Garth wants me to “stop interfering and let the story unfold,” that’s what I’ll do, unless, of course, this dragon is planning on eating Garth for breakfast.
“Painful, cathartic and cautiously hopeful; a fairy tale for those who have given up on believing in them, but still yearn for happily ever after.”  -- Kirkus *starred* review

Janet Thank you so much for stopping by a celebrating with us!!!

Janet would like to give 1 person a copy of Dragonswood!
This is US only. If you are International and have an address you can use please enter.
All giveaways this month end on October 7th.

a Rafflecopter giveaway
Posted by Cynthia Garcia at 4:36 PM