Next up is the brilliant Jamie Magee, author of the Insight series and See series. Now I am not saying this because Jamie is a good friend of mine but these 2 series are AWESOME! I have never read anything like them before.

Jamie Magee has always believed that each of us have a defining gift that sets us apart from the rest of the world, she has always envied those who have known from their first breath what their gift was. Not knowing hers, she began a career in the fast paced world of business. Raising a young family, and competing to rise higher in that field would drive some to the point of insanity, but she always found a moment of escape in a passing daydream. Her imagination would take her to places she’d never been, introduce her to people she’s never known. Insight, her debuting novel, is a result of that powerful imagination. Today, she is grateful that not knowing what defined her, led her on a path of discovery that would always be a part of her.

So far Jamie has released 2 books in the See series: See and Witness. She has also released 3 books in the Insight series: Insight, Embody, and Image; and is getting ready to release the 4th book Vital.

She is here today to share an excerpt of Vital:

Her emerald green eyes angled in Drake’s direction. I slowed my pace so they could walk next to us. Drake showed no concern in his magnetic dark gaze. “It’s altered the perception of time for this dimension. I kept it frozen for over twelve hours when I was looking for you inside of Evelyn. That time, the little moments here and there when we moved the wall, they’ve multiplied - and now the people here think we’re weeks ahead of where we are. They’re preparing for the winter solstice; that’s the reason for the mass number of underground meetings: they feel like they’re running out of time, and they’re trying to prepare. It’s normal, considering the circumstances,” Drake explained as he dared to meet Landen’s mistrusting eyes.
“What circumstances are those?” Landen asked, pulling me closer to his side.
Drake’s jaw tightened as the tension around us built. “Only a few are aware about the shift in power, that my time to rule is approaching, and those who know are determined to ensure that all aspects are in place, that the world won’t be altered as the power shifts.”
“All aspects in place,” Landen repeated as his body tensed next to mine. “And are you planning to aid them, to attempt to alter a course that Willow has already decided?”
Drake stopped abruptly. So did Landen, and they stared at each other for what seemed like an eternity. “Do you want to rule my kingdom? Is that the fate Willow has altered with her blind heart?” Drake seethed.
Landen released my hand and stepped closer to Drake, his eyes turning cold as they prepared to counter any move Drake made. “I’m not ruling any kingdom,” Landen fumed, “and if you are, if you plan to stand in my way as I set these people free – then tell me now, and this alliance will end immediately.”
Drake smiled slightly, holding the confidence of a king in his calm expression. “As long as she breathes, we’re forced into this alliance. This kingdom will be redeemed, as I promised her, but it will take time; you can’t undo millions of years of darkness in the blink of eye. If you’re too small minded to see that, then leave Willow here, and we’ll end this like we planned to long before this life.”
On instinct, Landen pushed his energy forward at the same time Drake did; the force knocked me back a few feet. My heart was beating out of control, and I couldn’t breathe. Before I could think to separate them, to stand between them, Perodine raised her hand, and their bodies were flung against opposite walls, causing paintings to crash to the floor. Rage was coursing through Landen as he and Drake stayed locked in a glare.
“Enough!” Perodine said in a tone that reflected the Queen that she was, the power she had. “The only progress we’ve made in helping the citizens of this world has been when the two of you worked together.” She held them in place against opposite walls as she slowly walked between them. “You overcame what was meant to kill you by showing maturity, by acting like the kings you are in your soul – and I will not stand here and watch the two of you torment Willow with your cruel words or your childish tug of war.” She looked at Landen. “He’s right: it will take time, and he has to play his role, his every move, carefully.” She turned her attention to Drake. “He’s right: he will set this dimension free as he vowed to do four million years ago – and like it or not, he holds her heart. You have pushed every button he has for the past three months - and if you push it one more time, he will kill you without a thought; that rage is just under the surface. I don’t care where he was raised or what philosophy August pushed into his mind over and over again; he is a man, and you are threatening the one thing he can’t live without - literally.”
All she seemed to do was infuriate Drake more, which continued to antagonize Landen.
“We have one goal: to redeem this world. To redeem it, the three of you must survive every trial. Both of you made a promise to her,” she said as her eyes moved between them. “At one point in time, you had the goal to free these people, so decide right now if you’re going to break her heart and not honor your promise.  Decide if you’re too much of a coward to face the adversity that’s necessary for the course of change.”
As I felt them both turn their attention to me, I held back the exhausted tears that wanted to fall. “I need the both of you right now. I’m sorry; it hurts me just as much as it hurts you - maybe more.”
My honest emotion of grief and regret caused Landen to loosen his glare. He nodded once at Perodine, and she released him. He then pulled me to his chest and held me tightly. I’ll never break a promise to you, he thought. 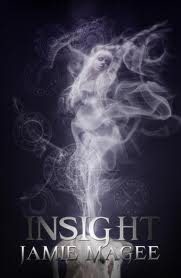 Before that fateful summer night, Willow had balanced the insight of emotion, and the vivid images. That night, the figure in her nightmare marked her wrist with a star, giving her father no choice but to tell Willow a family secret that would abruptly change life, as she knew it, forever. Before Willow had time to absorb the shock of her father's secret, her soul mate that had shared every stunning dream with her, found her, and darkness captured her closest friends. In order to save them, she must weave through broken myths and the undeniable power of the Zodiac. In the end, Willow discovers that at the moment of our birth we are all given a divine gift. Forgetting who you are, your ambitions, your passions is crippling….but remembering – embracing your purpose with a new sense of determination is more than empowering….it's life altering. Charlie Myers is on a life altering path that will cause the dammed to humble in silence.

One night…just a few friends, how could it go so wrong? That was the question seventeen year old Charlie Myers was asking when she found herself in the ER. Outwardly nothing was wrong with Charlie, she was a vision of perfect heath, internally she was battling a raging headache…one the doctor told her she would overcome shortly, but Charlie knew something else was wrong …very wrong.

Part of her had been stolen…she was missing memories. Those memories were sacred. They held the key to her sanity. They told her that the sinister whispers, the shadows that came to life before her were not as ominous as she felt they were. They held the bond with her late father, a famed musician. They caused her to forget the one talent that allowed her to face the darkness that haunted her every waking hour. They also masked a much deeper bond, the face of the one that had stolen her heart, long before the age of seventeen.

Sitting in the ER with her angry mother she couldn’t figure out what she was missing, or even how. Her thoughts told her that she needed to protect Britain, a friend of hers, but that didn’t make any sense – Britain didn’t need to be protected from anyone, he was strong, young, and absurdly wealthy. Charlie also knew that even though her friend Bianca called Charlie her best friend, she didn’t trust her …she was almost sure she despised her, but she couldn’t figure out why, or understand how random thoughts were telling her that she adored both Britain and Bianca – that they were her saviors – that they brought silence to the unstoppable whispers, but the silence scared Charlie. In her mind anyone or anything that could bring silence to something that dark could not be good.

Charlie wanted to stay in NY, figure out what she was missing, why, and who was behind it all, but her mother had other plans. Against her will, Charlie was sent to Salem to live with her sister, within that small town Charlie found her memories and so much more.

Thank you Jamie so much for sharing that with us!!