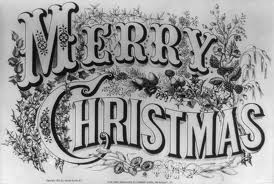 Today Nancy Holder and Debbie Viguie, authors of the Wicked series, Crusade series, Wolf Spring Chronicles, and many more are here to tell us why they like the holidays. 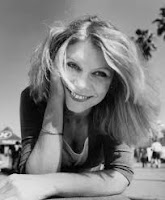 Christmas is here and we both love this time of year!  The thing about holidays that makes them so special is that they seem magical, like anything can and will happen.  Maybe that’s why so many writers (us included!) love to put holidays in our books.  A holiday serves an important function in life and in literature.  It helps to break up the sameness of daily routines and shake people out of their ruts and habits.  It provides the opportunity to participate in events and interact with people you might not normally get a chance too.  A holiday also creates its own instant atmosphere and mood in the minds of those who live and those who read about them.
As writers we could say “Katelyn stared at the Christmas tree” and it would conjure instant images for most people reading the sentence.  We don’t have to go into more detail to set the scene if we don’t want to.  Or, if we want to showcase how different and unexpected something is, we can do so quickly by describing further.  “Katelyn stared at the Christmas tree decorated with all-black ornaments.”  Instantly the reader knows that something is wrong.  Could this be the beginning of a nightmare?  Did someone die?  Does Dracula live here?  By using readers’ own expectations or by countering them we provide instant atmosphere and mood.

Holidays also provide a great backdrop for high drama or hilarious comedy.  Many people have experienced both these things during a holiday.  They lead to family legends such as “Remember the year the turkey caught on fire?”
What’s great about holidays in reality and in fiction is people do different things and the unexpected happens.  Things that would seem ludicrous or frustrating any other time of year suddenly become plausible and epic on a holiday.  That’s why it’s so fun to write holiday scenes.  They say truth is stranger than fiction and many people have a holiday story that is far stranger than anything we can write about.  But that wackiness is just part of the fun.
And here’s a couple of our own stranger than fiction stories.  For Debbie it was Thanksgiving a couple of years ago when her mom called at five in the morning, waking her up with the words “Your father’s in the car with the turkey.  He’ll be there in ten minutes and you need to have the oven preheated.  Our oven just exploded.”  This led to Debbie flying out of bed just in time to heat the oven and meet her father at the door.  She then frantically cleaned her house (she hadn’t been expecting company) for relatives to arrive a few hours after him.  And after dinner people were surprised that not only did she have nothing in the way of sponges to clean the dishes but also she didn’t have any containers or aluminum foil or anything to wrap leftovers in.  It was a day of hysteria and that wasn’t the first thing to go terribly, terribly wrong.  But fortunately, the stuffing inside the bird was only slightly smoky.
Nancy has a Thanksgiving turkey story, too!  When she moved into her new house, she was very excited to have a double oven.  She carefully heated up the top oven for the turkey, and as ALL her in-laws waited patiently for that yummy turkey, she would walk past that nice top oven and give the door a pat.  Yup, nice and warm…except that she had forgotten that she had put the turkey in the BOTTOM oven.  Hours into the day, when she realized what she’d done, she announced that the turkey would be ready at about midnight. So that was when they ate it!
Nancy's Website: http://nancyholder.com/
Debbie's Website: http://debbieviguie.com/
Nancy's Facebook: https://www.facebook.com/nancyholderfans
Debbie's Facebook: https://www.facebook.com/authordebbieviguie
Those 2 stories are too funny! I am sure everyone has there own stories about the holidays...I know I do. To celebrate the holidays Nancy and Debbie are giving away 5 signed bookplates. To enter fill out the Rafflecopter below. Giveaway ends on the 24th.
Have you read any of their books? If not you really should! My favorite is the Wicked series.

Holly Cathers's world shatters when her parents are killed in a terrible accident. Wrenched from her home in San Francisco, she is sent to Seattle to live with her relatives, Aunt Marie-Claire and her twin cousins, Amanda and Nicole.
In her new home, Holly's sorrow and grief soon give way to bewilderment at the strange incidents going on around her. Such as how any wish she whispers to her cat seems to come true. Or the way a friend is injured after a freak attack from a vicious falcon. And there's the undeniable, magnetic attraction to a boy Holly barely knows.
Holly, Amanda, and Nicole are about to be launched into a dark legacy of witches, secrets, and alliances, where ancient magics yield dangerous results. The girls will assume their roles in an inter-generational feud beyond their wildest imaginations...and in doing so, will attempt to fulfill their shared destiny.

The ultimate battle. The ultimate love.
For the past two years, Jenn has lived and trained at Spain's Sacred Heart Academy Against the Cursed Ones. She is among the few who have pledged to defend humanity or die trying. But the vampires are gaining power, and the battle has only just begun.
Forced to return home after death takes a member of her family, Jenn discovers that San Francisco is now a vampire strong-hold. As a lone hunter apart from her team, Jenn is isolated—and at risk. She craves the company of her fighting partner, Antonio: his protection, his reassurance, his touch. But a relationship with Antonio comes with its own dangers, and the more they share of themselves, the more Jenn stands to lose.
Then Jenn is betrayed by one who was once bound to protect her, causing her to doubt all she had held as true. To survive, Jenn must find the courage to trust herself—and her heart.

Katelyn McBride’s life changed in an instant when her mother died. Uprooted from her California home, Katelyn was shipped to the middle of nowhere, Arkansas, to her only living relative, her grandfather. And now she has to start over in Wolf Springs, a tiny village in the Ozark Mountains. Like any small town, Wolf Springs has secrets. But the secrets hidden here are more sinister than Katelyn could ever imagine. It’s a town with a history that reaches back centuries, spans continents, and conceals terrifying truths. And Katelyn McBride is about to change everything.
Broken families, ageless grudges, forced alliances, and love that blooms in the darkest night—welcome to Wolf Springs.

Posted by Cynthia Garcia at 3:56 AM